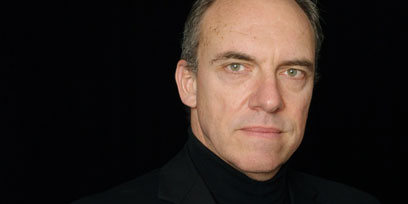 Steven studied at the Queensland Conservatorium and was an Opera Australia Young Artist before living in Vienna.  His roles overseas included Varlaam in Boris Godunov and Don Fernando in Fidelio for Welsh National Opera, Anthony Carol in The Piano Tuner at Covent Garden, Kasper in Der Freischutz at Reinsberg Festival, Austria, the Hotel Manager in Powder Her Face in Vienna, Rome, Naples, and Chicago, Swallow in Peter Grimes in Santiago, Chile, and Sarastro in The Magic Flute and Mephistopheles in Faust, both for Eugene Opera, USA.

Since returning to Australia in 2008, Steven’s engagements include The Bonze in Madam Butterfly and Angelotti in Tosca for Opera Australia and Sarastro for OA Touring, The Commendatore in Don Giovanni, Ariodate in Xerxes, Achilla in Julius Caesar, and Sarastro all for Victorian Opera and Mephistofeles,  Georgio in I Puritani, Angelotti in Tosca and Rocco in Fidelio for Melbourne Opera and most recently, during 2013, The Marquis Of Calatrava in La Forze del Destino and The Bonze and The Commendatore for State Opera Of South Australia.

Concert engagements include performances at Vienna’s Musikverien, Verdi’s Requiem in the UK and Victorian Opera’s Gala in 2012.