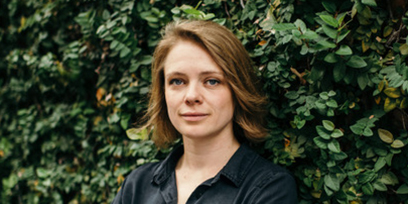 Tabatha’s first engagement with Opera Australia was in 2015 as an extra chorister in Graeme Murphy’s production of Turandot. In 2020, Tabatha is delighted to return to the company as a Trainee Director, under the umbrella of the Opera Australia Young Artist Program.

In 2019, she worked alongside director Tomo Sugao for his acclaimed new production of Götterdämmerung for Mainfranken Theatre, Würzburg (Germany). Upcoming engagements include directing Shakespeare’s Hamlet for the Brisbane Shakespeare Festival in October 2019.

Tabatha acted as the Assistant Director for Tama Matheson’s production of Brian Howard’s Metamorphosis for Opera Australia (Helpmann Award Nomination: Best Opera). She then worked with Mr Matheson once more, this time at the Manuel Theatre in Malta, where she was Assistant Director for Amahl and the Night Visitors by Menotti.​

Tabatha also actively engages as a performer, most recently featuring as the soprano soloist in A Christmas Carol in the Royal Albert Hall (Words and Music), and jumping in for the Sydney season of Metamorphosis as Greta. She has performed with conductors such as Johannes Fritzsch, Giordano Bellincampi and Vladimir Ashkenazy, and also, having a particular bent towards contemporary composition, with some of Australia’s finest chamber musicians. She has been a finalist in the Australian Singing Competition, the Hans Gabor Belvedere International Singing Competition (Latvia), and was the first prize winner of the 49th International Antonin Dvorak Singing Competition. She also won the National Liederfest and the Mietta Song Prize with long-time musical collaborator, Alex Raineri.  Much to the incredulous amazement of her then-lecturers, Tabatha managed to complete both a Bachelor of Music with First Class Honours and a Graduate Certificate in Opera at Queensland Conservatorium, Griffith University, which she followed with post-graduate study at the Universität Mozarteum, Salzburg.

In the 2020 season, Tabatha will be assisting directors such as Constantine Costi and Daniel Izzo, as well as directing a new production of Rembrandt’s Wife by Australian composer Andrew Ford.