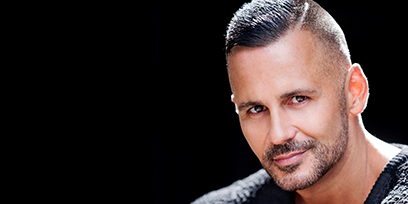 Thern has had an extensive and varied career in musical theatre. He was cast in his first professional show in 1989 while still in high school – the original Australian production of 42nd Street – and has barely stopped working since. His career has taken him all over Australia, Europe, Asia and the Middle East and has seen him take on many challenges, as an ensemble member, an understudy, dance captain, swing, minor roles, major roles, resident director/choreographer and director.


Thern’s most recent credits include Dream Lover – The Bobby Darin Musical, Brit in We Will Rock You, the Resident Director for Cabaret, and The Production Company's Jesus Christ Superstar. Thern is delighted to be appearing in Evita.