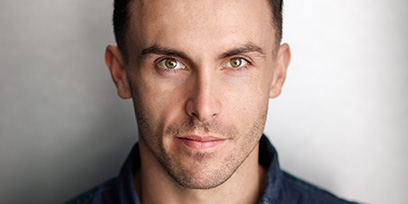 Thomas began his formal dance training at the age of 16 at Ballarat Ballet Centre before enrolling in Dance World Studios' Diploma of Classical Ballet (2005). He was awarded a full scholarship to continue training at Ballet Theatre Victoria and graduated from their fulltime course in 2008. Since graduating, Thomas has amassed an impressive body of work including contracts with the Duprada Dance Company, Tasmanian Classical Ballet Company, Really Useful Group and Opera Australia.


With Duprada Dance Company and TCBC, Thomas performed many principal roles including Franz in Coppelia, Albrecht in Giselle, the Cavalier in The Nutcracker and Prince Siegfried in Swan Lake. Other professional credits include Gurn in La Sylphide with the Young Dancers Company of Central Queensland, The White Bat for Danceworks Productions (Malaysia) and various contracts with Opera Australia including Turandot, The Pearlfishers, Madama Butterfly and The Ring Cycle (2013 and 2016 season). Thomas made his music theatre debut in 2014 as Pouncival in the Asia Pacific tour of Cats (Really Useful Group) touring South Korea, Singapore, Macau, Auckland and Australia.


Thomas is thrilled to be joining the cast of Evita and dedicates his performance to his friends and family.