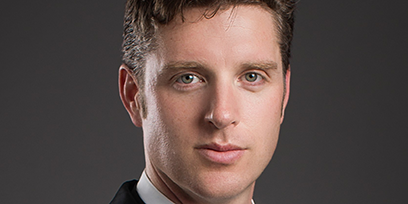 Thomas has had the opportunity to perform in many concerts in a vast array of repertoire around Australia. Thomas has been the recipient of many Australian opera scholarships and awards including the Royal York Trust Scholarship in England, The Opera Foundation for Young Australians Lady Fairfax New York Opera Scholarship and the Dame Joan Sutherland AOAC Award.

Thomas has had the opportunity to perform in many opera and theatre companies as a baritone and later a tenor where he performed his first role as Cascada in The Merry Widow, Le chat from L’enfant et les sortilèges, Doctor Falke from Die Fledermaus, Marquis d’Obigny from La Traviata, Enjolras and Jean Valjean from Les Misérable and The Witch from Hänsel und Gretel. In 2021 he Joined Opera Australia as Principal Young artist and has had the opportunity perform in Great Opera Hits at Sydney Opera House and to cover Cavaradossi from Tosca and Radames from Aida, Calaf  in Turandot, Lohengrin in Lohengrin covering world famous tenor Jonas Kaufmann and also covering Pinkerton in Madama Butterly as well as Performing Messaggero in Aida and Messaggero in Il Trovatore. Thomas also made his stage Debut in a lead role with Opera Australia stepping in to perform in performances of Madama Butterfly as Pinkerton to great success.