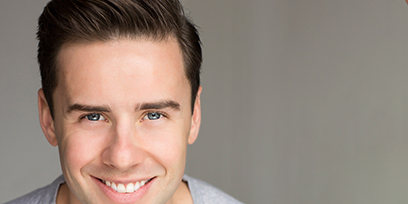 Born and raised in Sydney, Todd graduated from ED5International under the mentorship of William A. Forsythe, where he was the 2015 recipient of the Nicole Fitzsimmons Scholarship.

Todd has performed extensively with Opera Australia, in productions including La Traviata on Sydney Harbour, Luisa Miller, The Love for Three Oranges, John Bell’s Carmen, Graeme Murphy’s The Merry Widow and The Nose. With the Australian Ballet, he has appeared in productions of Alice’s Adventures in Wonderland and The Merry Widow.

Prior to undertaking a career in the performing arts, Todd graduated from the University of Sydney with a Doctor of Veterinary Medicine (Hons) and was recently able to combine his passions as a finalist in television’s search for the new Bondi Vet.

His musical theatre credits include the Sydney Symphony Orchestra’s production of Funny Girl,  Andrew Lloyd Webber’s Evita (GFO/OA) starring Tina Arena and directed by Hal Prince, and most recently the celebrated Australian tour of Chicago (GFO). Todd has also had the pleasure of assisting choreographer Leslie Bell in two productions for the Hayes Theatre Co, Big River and She Loves Me.