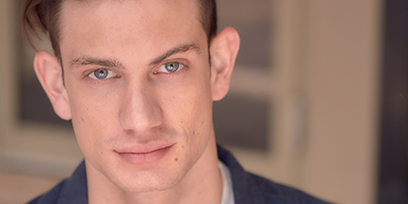 Since graduating from ‘Theatre & Dance’ in Brisbane, he relocated to Singapore to perform at Universal Studios. Since returning, he has performed on stage with Artists such as Will.I.Am, Kylie Minogue, Joel Madden and Ricky Martin and was also flown to Glasgow to dance at the opening and closing ceremonies of the 2014 Commonwealth Games.

Tom has been a key member of the motown-inspired vocal group Boys in the Band for many years, which has seen him perform at events around the world.

Most recently Tom has been featured on stage as a lead singer and tap dancer in the 5-man show Tap Pack. Tom is thrilled to be making his Musical Theatre debut in West Side Story on Sydney Harbour.