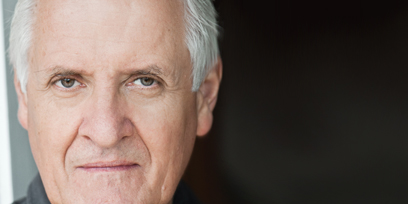 London-born Tony Llewellyn-Jones graduated from the National Institute of Dramatic Art in 1971 and was invited to join the Melbourne Theatre Company. Over the next two years Tony appeared in productions including Tonight at 8.30, Mother Courage, The Cherry Orchard, How Does Your Garden Grow?, The Time is Not Yet Ripe, Danton’s Death, Paying the Piper, An Ideal Husband, You Want It Don’t You Billy?, Macquarie, The Plough and The Stars, Forget-Me-Not-Lane, The Tavern, Sticks and Bones and Batman’s Beachhead.


In 2012 Tony performed in the Australian tour of Yes, Prime Minister for Guild, Woods & Bryce Productions.


He has appeared in numerous television series, including Rake, I Spry, The Prime Minister Is Missing, Underbelly, G.P., All Saints, Hell Has Harbour Views, BackBerner, Grass Roots, 13 Gantry Row, The Paper Boy, One Day Miller and Who Do You Think You Are?.


His film appearances include Illuminations, Inside Looking Out, Picnic at Hanging Rock, The Girl who Met Simone de Beauvoir in Paris, Fatty Finn, Seeing Red, Man of Flowers, Cosi and Human Touch.


Tony also has worked as a producer on Paul Cox feature films, including Man of Flowers, My First Wife, Cactus, Vincent: The Life and Death of Vincent van Gogh, Human Touch, Salvation and Force of Destiny.