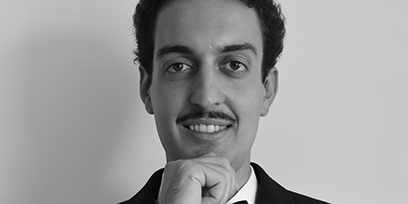 Valerio Borgioni was born in Rome in 1997. He studies singing at Conservatorio Santa Cecilia in Rome, under the guide of M° Claudio Di Segni.

In April 2016, he is the winner of a competition for young opera voices organised by the Italian Cultural Heritage Ministry.

Recently he has been admitted at the Accademia di perfezionamento per cantanti lirici at Teatro Comunale di Bologna.

In March 2018 Valerio Borgioni debuts as Alfredo in Verdi’s La Traviata at Teatro Rossini in Civitanova Marche. In April 2018 is the winner of the 8th edition of Concorso Lirico Internazionale “Anita Cerquetti”.

In 2020 he debuted the role of Werther at the Teatro Sociale in Como, then he made his debut in Mascagni’s Amico Fritz at the Teatro Lirico in Cagliari.  In 2021 he sang La Bohème in Como and the Fille du Regiment in Cagliari.  Soon he will sing Gounod’s Romeo et Juliette at the Petruzzelli Theater in Bari.