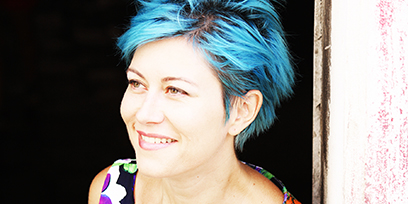 Veronica Simeoni was born in Rome and graduated from the Conservatorio in Adria, improving her technique with soprano Raina Kabaivanska.

After her debut at the Teatro Lirico Sperimentale in Spoleto with Il Trovatore and Oberto Conte di San Bonifacio, she sang the role of Charlotte in  Werther at Teatro Vittorio Emanuele in Messina, Rossini Stabat Mater  at La Scala with Riccardo Chailly and Jocasta  in Oedipus Rex in Trieste under the baton of Giorgio Pressburger. In the following years she performed in Verdi Requiem in St Petersburg conducted by Yuri Temirkanov, then in Florence under the baton of Daniele Gatti and in Bologna conducted by Michele Mariotti; and again at the Zurich Opernhaus with Fabio Luisi. In Zurich she performed also in Roberto Devereux, La Straniera, Don Carlo, Anna Bolena and Aida.

As a specialist of the french repertoire, she sang Dom Sébastien, Roi du Portugal at the Theatre of Nurnmberg, Didon in Les Troyens in Valencia conducted by Valery Gergiev and directed by La Fura dels Baus, Giulietta in Les Contes d’Hoffmann at Teatro alla Scala staged by Robert Carsen and Charlotte in Werther in Lisbon, Rome, Palermo and at the Met in New York, Carmen in Mexico City, at the Sferisterio in Macerata, at La Fenice in Venice, in Bologna, in Turin and in Rome, La Favorite and L’Africaine both in Venice, Guillaume Tell at the Rossini Opera Festival in Pesaro conducted by Michele Mariotti directed by Graham Vick.

Throughout her career she performed as Elisabetta in Maria Stuarda in Modena, Piacenza and Bilbao; Adalgisa in Norma in Sassari, Turin, Cagliari, Venice, Madrid and Savonlinna, Sara in Roberto Devereux in Madrid, Berlin and Munich with Edita Gruberova, Amneris in Aida at the Opernhaus of Zurich and in  Moscow with the Opera di Firenze, Fenena in Nabucco at Teatro alla Scala and Azucena in Trovatore at the Welsh National Opera in Cardiff, in Venice and in Bordeaux, Agave in The Bassarids in Rome.

Among her recent and future engagements: Carmen in Venice, Rome and Florence, Werther in Palermo, La forza del destino in Amsterdam conducted by Michele Mariotti and in London conducted by Sir Tony Pappano, Messa per Rossini at the Teatro alla Scala conducted by Riccardo Chailly, La damnation de Faust under the baton of Daniele Gatti directed by Damiano Michieletto for the opening of the new season in Rome and again at the Teatro Regio di Torino, La Favorite in Florence, Messa di Requiem in Washington and Bucharest, Rossini Stabat Mater with Myung Whun Chung at Santa Cecilia in Rome, Don Carlo in Bologna conducted by Michele Mariotti, Madama Butterfly in Muscat, Nabucco in Zurich, Cavalleria rusticana at the Teatro San Carlo di Napoli and at the Teatro Comunale