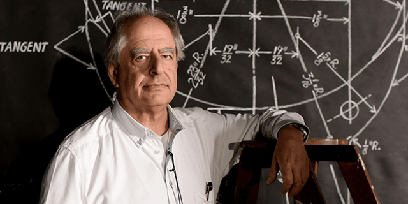 His practice is born out of a cross-fertilisation between mediums and genres. His work responds to the legacies of colonialism and apartheid, within the context of South Africa’s socio-political landscape. His aesthetics are drawn from the medium of film’s own history, from stop-motion animation to early special effects. Kentridge’s drawing, specifically the dynamism of an erased and redrawn mark, is an integral part of his expanded animation and filmmaking practice, where the meanings of his films are developed during the process of their making.

Kentridge’s work has been seen in museums and galleries around the world since the 1990s, including Documenta in Kassel, the Museum of Modern Art in New York, the Albertina Museum in Vienna, Musée du Louvre in Paris, Whitechapel Gallery in London, Louisiana Museum in Copenhagen and the Reina Sofia museum in Madrid.

Opera productions include Mozart’s The Magic Flute, Shostakovich’s The Nose, and Alban Berg’s Lulu, and have been seen at opera houses including the Metropolitan Opera in New York, La Scala in Milan, English National Opera in London, Opera de Lyon, Amsterdam opera, and others. Summer 2017 saw the premiere of Kentridge’s production of Berg’s Wozzeck for the Salzburg Festival.

The Head & the Load, with music by composer Philip Miller and Thuthuka Sibisi, interweaves music, dance, projection, shadow-play and sculpture. It opened to critical acclaim at the Tate Turbine Hall in July and goes on to the Park Avenue Amory in New York in December 2018.

Kentridge is the recipient of honorary doctorates from several universities including Yale and the University of London, and in 2012 he presented the Charles Eliot Norton Lectures at Harvard University. In 2010, he received the Kyoto Prize. In 2015 he was appointed an Honorary Academician of the Royal Academy in London. In October 2017, he received the Princesa de Asturias Award for the arts.