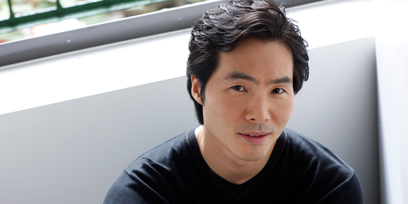 Korean born Yonghoon Lee has established himself internationally as a leading tenor of his generation.  He has made debuts at most of the most prestigious theatres in the world, including the Metropolitan Opera, Teatro alla Scala, Chicago Lyric Opera, Bavarian State Opera in Munich, Frankfurt Opera, Opera Covent Garden, Rome Opera, Vienna State Opera, Semper Oper in Dresden, Hamburg State Opera, Australian Opera and Deutsche Oper Berlin.

Mr. Lee’s engagements for the 2015/16 season include Manrico in Il Trovatore at the Metropolitan Opera and Bavarian State Opera, Turiddu in Cavalleria Rusticana at Covent Garden and the Metropolitan Opera, and Don Jose in Carmen with Opera Australia. Future engagements include Pollione in Norma at The Dallas Opera, Turiddu in Cavalleria Rusticana at The Paris Opera, and the title role in Andrea Chenier at San Francisco Opera.

In the spring of 2014 Lee sang his first Andrea Chenier in Zurich. This was followed by another debut in June of 2014 when he appeared as Hagenbach in Catalani’s La Wally at the Geneva Opera. In the fall of 2013 Lee starred as Arrigo in the Hamburg State Opera’s new production of Verdi’s rarely performed La Battaglia di Legnano staged by David Alden and conducted by Simone Young. He subsequently sang Don Jose at the Royal Opera House, Covent Garden and returned to Munich as Calaf in Turandot. The same year he added Manrico in Il Trovatore to his repertoire in a new production at the Theater an der Wien during the Wiener Festwochen. Highlights of recent seasons have also included Carmen at the Metropolitan Opera and for his debut in Zurich, Don Carlos in in the original French Version at both the Vienna State Opera and the Hamburg State Opera.

Lee sang his first Calaf in Turandot at the Teatro Comunale in Bologna in 2012. In 2011 he debuted in Vienna and Dresden as Cavaradossi in Tosca, and at the Teatro alla Scala as Turridu in Cavalleria Rusticana. He also returned that year to the Teatro dell’Opera di Roma as Arrigo in Verdi’s rarely performed La Battaglia di Legnano, after which he joined the Metropolitan Opera on tour in Japan in Don Carlo. In the summer of 2010 Lee sang Macduff in Macbeth at the 2010 Gyndebourne Festival. The same year he debuted at the Metropolitan Opera as Don Carlo and at the Chicago Lyric Opera as Jose.

In June of 2009 Yonghoon Lee made his highly acclaimed Netherlands Opera debut as Don Jose in a new production of Carmen directed by Robert Carsen and conducted by Marc Albrecht. In November 2008, he made his debut at the Teatro Carlo Felice in Genoa as Rodolfo in La Boheme under Daniel Oren. Lee subsequently returned to Frankfurt for a revival of Don Carlo and as Rodolfo in La Boheme, and he made his Deutsche Oper Berlin debut in Tosca opposite Violeta Urmana. He made his Italian debut in January 2008 at the Rome Opera as Cavaradossi in a new production of Tosca directed by Franco Zeffirelli and conducted by Gianluigi Gelmetti, and subsequently made his debut in Athens in Tosca. He also appeared with the Opera de la Wallonie in Liege in Don Carlos and Tosca and made his debut in the United Kingdom as Don Jose with the Glyndebourne Touring Company. Following his debut as Don Carlo in Santiago, Chile in 2007, Yonghoon Lee made his German debut at the Frankfurt Opera in a new production of the same work.  This was followed in December of 2007 by his Spanish debut, also in Don Carlo, at the Palau de las Artes in Valencia under Lorin Maazel.

A native of South Korea, Yonghoon Lee has won numerous vocal competitions and is a first prize winner of the 34th annual Loren L. Zachary Society National Vocal Competition 2006, first prize winner of the Licia Albanese-Puccini Foundation International Vocal Competition 2005 and many others.  Yonghoon Lee received a full scholarship to both the Seoul National University in Korea and to the Mannes College of Music in New York where he continued his vocal and musical studies with Professor Arthur Levy.