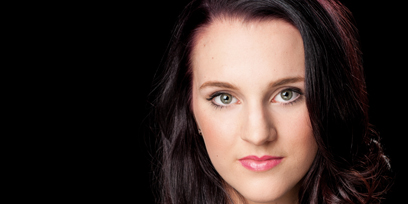 Australian soprano Zoe Drummond recently graduated from the Guildhall School of Music and Drama in London, with a Masters of Music Performance with Distinction and a Concert Recital Diploma for exceptional performance. After attending the Victorian College of the Arts Secondary School, Zoe completed a Bachelor of Music Performance with First Class Honours at The Sydney Conservatorium of Music.


Zoe made her international debut with the English National Opera in 2019 as Papagena in Mozart’s The Magic Flute and as an Alvarez Young Artist with Garsington Opera in their production of Don Giovanni.  Other international roles include Clorinda in Rossini’s La Cenerentola with West Green House Opera and Giulietta in Bellini’s I Capuletti e i Montecchi with Bloomsbury Opera, in the UK.


In 2016, Zoe made her Opera Australia debut in The Eighth Wonder singing the roles of Clare Goldring, Architects Daughter and Socialite. In 2017, Zoe starred as Giroflé/Girofla in Two Weddings, One Bride, a role she is reprising in 2019.