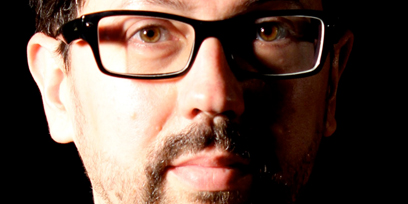 Antonio Castro began his career in lighting as a result of his training in electrical engineering combined with his work as a lighting technician with Cánovas Theater in Málaga (Spain). After graduating with honours doing his final work which consisted of a remodelling, design and lightning equipment of a stage, he joined several theatre companies as a technician on tours and later as a lighting designer for theatre, dance, and live music.

He has worked with the School of Dramatic Arts, with the Conservatory of Dance of Málaga and with Escénica (Andalusian Center for Performance Studies). Since 2006 he has been working at the Palau de les Arts Reina Sofía (Valencia Opera House), currently as the resident lighting designer, where he has collaborated with the best lighting designers, stage directors and companies, combining this activity with jobs in others theatres as a freelance.

Some of his works includes designing lighting for the Centre de Perfeccionament Plácido Domingo academy, such as The telephone, Amelia al ballo, Le nozze di Figaro, Dido and Eneas, Così fan tutte, L’incoronazione di Dario, Juthita Triumphans, Silla and Café Kafka. Also productions such as Atilla, Norma, Un ballo in maschera, Madama Butterfly, Tamerlano, Idomeneo, Otello and La bohème among many others, as La forza del destino that was recognized with a 2014 Campoamor Award in the category of Best Opera Production in Spain.