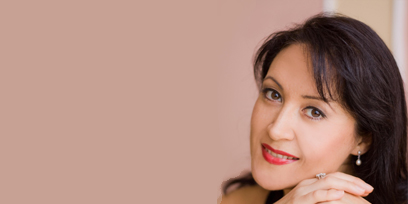 Born in Ufa, in the province of Bashkiria, Russia, Elvira Fatykhova began her singing studies at the Ufa College of Arts and continued at the Ufa Institute of Arts.  In 1995, she was awarded a special prize at the Glinka Singing Competition, in 1996 the Grand Prix at the Almuhametov Singing Competition in Ufa, and in 2002 was a finalist at the Competizione dell'Opera international singing contest of Italian opera in Dresden. Elvira became a principal singer at the Bashkirian State Opera House in 1997. She then joined the Ankara State Opera and Ballet Company in 1999, where she was a principal singer with the ensemble until 2007 and remains a guest principal. She has also been a principal guest artist with the Croatia State Opera, and has performed for Split Opera, Croatia.

Elvira made her Australian debut in 2002, invited by Swedish conductor Ola Rudner, performing Violetta in La Traviata in a concert with the Tasmanian Symphony Orchestra.  She returned, a year later, to sing at the Tasmanian Symphony Orchestra’s annual Opera Gala, and in 2004 made her debut with Opera Australia performing the title role in Massenet’s Manon.

She has appeared in concerts at Opera Australia’s New Year’s Eve Gala, with the Hong Kong Philharmonic Orchestra, the Haydn Orchestra in Bolzano (Mozart Requiem), the Presidential Symphony of the Republic of Turkey, the Bilkent Symphony Orchestra in Turkey, and in many centres in Turkey including Ankara, Mersin, Bursa, Izmir, Fethiye and Istanbul.

Elvira’s most recent performances have included her debut with the State Opera of South Australia performing Violetta, the roles of Donna Anna, Violetta, Countess (Marriage of Figaro) and Miss Wordsworth (Albert Herring) for Opera Australia, the title role in Lucia di Lammermoor for Opera Holland Park, London, and the title role in Rimsky-Korsakov's opera The Snow Maiden for the Bashkirian State Opera and Ballet Theatre.

In 2015 Elvira’s engagements will include a return to West Australia Opera to sing Countess in The Marriage of Figaro.