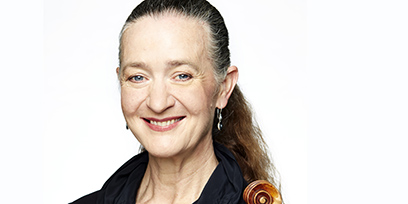 Virginia Blunt holds the position of Tutti Violin in the Opera Australia Orchestra having first joined the Orchestra in 1987 following her return from studying and performing in London for 18 months.

Over the course of her studies Virginia has achieved the following qualifications:  ASCM, B.MUS with Merit from the Sydney Conservatorium of Music, LRAM, and ARCM with Honours in performance from London. In 1982 Virginia toured with the Conservatorium Orchestrato China. In 1984 she travelled to Dubrovnik, Zagreb, Amsterdam, Paris, London, Cardiff and Edinburgh with the Australian Youth Orchestra.  In 1985 she was invited to tour with the World Youth Orchestra to Canada and Japan.