Inside an opera singer's health and fitness regime

Most of us occasionally succumb to the urge to sleep for another hour rather than to get up and exercise. Some of us even succumb to it for entire winters. Opera singers can’t do that. To them, physical fitness is a crucial part of performance practice.

As Luke Gabbedy, Frederic in Lakmé, which runs at the Sydney Opera House until 21 September, puts it: “Singing is a physical activity; you’re moving around on stage, sometimes in heavy costumes, and you’re concentrating intensely. You obviously don’t have to be as fit as sportspeople, but being in good physical shape helps you to stay alert and energised – your brain feels clearer, you’re less stressed and you feel more confident and motivated.”

Amelia Farrugia, Hanna in The Merry Widow, which runs at the Sydney Opera House until early November, agrees that fitness is hugely important to singers. Especially when you’re wearing a microphone, as the Widow cast is. “If you’re unfit, gasps for breath after a big waltz will be amplified,” she says.

But even without microphones, fitness is essential. “When projecting sound, you’re using your diaphragm to support your voice, which over several hours can be exhausting.”

Getting through the rehearsal period would be challenging too, without physical stamina. “To be able to do what the director asks, while maintaining a beautiful vocal line, you have to be fit,” Farrugia says. “Take Patricia Racette in Madama Butterfly earlier this year – she was having to get down on her knees and up again while carrying a child and while singing big, long phrases. It was physical stamina that enabled her to keep that sound seamless.”

When she’s not rehearsing every day, Farrugia plays tennis. She also does Pilates and Yoga, trains at the gym and walks her dog. “I like to keep moving. But Thursday is my day off.”

Gabbedy, who runs twice a week and goes to the gym as often, confesses, with a laugh, that some weeks he doesn’t get round to exercising. “I run 6km at a time and it takes me 25-45 minutes, so I’m not, you know, doddling around, but if I don’t do it first thing in the morning, I procrastinate until it’s too late.”

Most singers carefully manage eating before, during and after performances, and for good reason. Farrugia shuns big meals close to curtain-up. “If you eat close to a performance, being squeezed into a corset can make it difficult to sing and breathe,” she says. She also avoids meat on the day, as protein (which digests slowly) makes her feel sluggish. And a few hours before a performance, things that could make her “explode” – beans for example – are off the menu.  Especially in amplified shows.

Gabbedy, who “has to eat every two or three hours, otherwise I get ravenous”, has meals as close as 15 minutes before curtain-up, and eats during performances (though not on stage). “When I don’t eat I spin out – the adrenalin takes over and I go a bit mad,” he laughs. He keeps rice crackers and dried fruit and nuts in his dressing room but cautions against “anything that will make you choke, or that will sit on your vocal chords”.

Neither singer likes eating after performances. Farrugia says: “It’s nice to go out to supper, but I very rarely do it. I tend to come home and have toast with peanut butter and watch a bit of TV. Something light and really unhealthy.”

Gabbedy sticks to yoghurt or sugar-free jelly. “It probably doesn’t sound very appetising, but late at night it’s all too easy to eat junk food,” he laughs.

He’s never been asked to slim down or put on weight for a role. Farrugia has, when she was Christine in The Phantom of the Opera. “She’s a ballerina and so I had to be really tiny. I lived on fruit and vegetables for months, but ultimately I couldn’t maintain it – everybody has a point at which their body is comfortable and if you resist it you’re fighting a losing battle.”

In opera today, increasingly it is expected of singers to look good, especially when singing the roles of heroes or heroines. The advent of opera films has added to the pressure.

Gabbedy says: “Voice will always be paramount in opera, but on the silver screen, audiences expect to see more conventionally good-looking people. If you have an absolutely amazing voice, like Pavarotti did, you can get away with anything, but many singers now have exquisite voices and good looks – Cheryl Barker for example, or Anna Netrebko. I’m no appearance Nazi, and if you’re the Romantic lead, you don’t have to look like Teddy Tahu Rhodes, but you do have to look healthy. And if you know that you’re going to have to take your shirt off during a production…you work out a little more.”

Farrugia says that as a professional she has always felt an obligation to look the part that she’s playing. Knowing that she looks good also adds to her confidence, and without confidence no singer will be able to walk on stage with hundreds of people watching them, “sometimes in various forms of undress”.

Voice will always rule supreme in opera, “but we also have to be more aware of what we look like now. The expectation is that opera looks as good as it sounds, and no singer can afford to ignore that.” 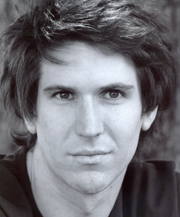 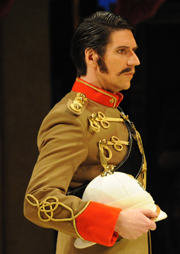 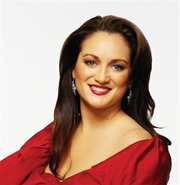 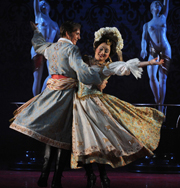 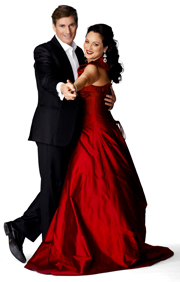