Everything you need to know about one of opera's greatest hits.

Georges Bizet (birth name: Alexandre César Léopold Bizet) was born in 1838 to a wigmaker-turned-singing-teacher father and mother who was an accomplished pianist.

In 1875, he died of heart disease at just 36. His tragic death brought the success he'd sought in his lifetime. Just three months after Carmen had premiered to a disparaging press, a special performance of his last opera in honour of his death won public hearts. Carmen has been a smash-hit ever since.

He also wrote The Pearlfishers, which contains one of the most beautiful (and famous) duets in opera. 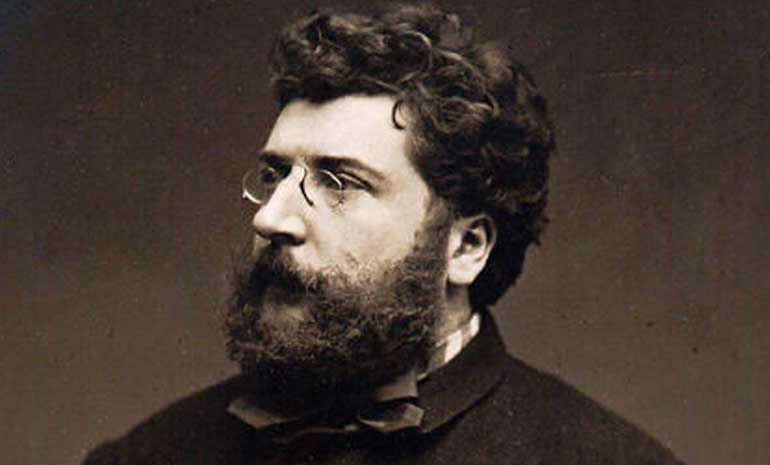 Small-town boy Don José is serving with the army far from home. His fellow soldiers — indeed the whole town — are captivated by the strange allure of a woman, Carmen. He thinks only of home, his mother, and the pretty Micaëla, a young girl who comes to deliver a letter from home.

Carmen has no patience for the men that fawn at her feet, but she is intrigued by the shy Don José.

Arrested for beginning a fight, Carmen seduces Don José to win her freedom, and convinces him to desert the army to join her in a life of liberty.

But her wandering eye has already found another lover: the dashing bullfighter, Escamillo.

Don José’s jealousy is fierce, Escamillo’s passion is determined, Carmen’s fate is set in the cards… 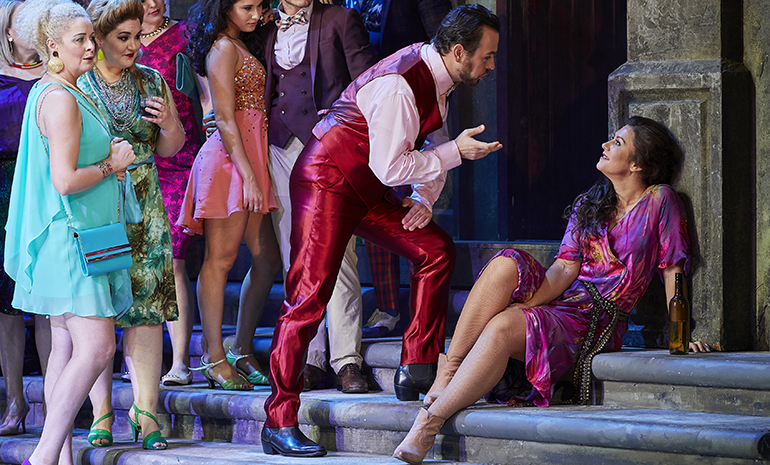 Lukasz Golinksi as Escamillo and Veronica Simeoni as Carmen in Opera Australia's 2020 production of Carmen at the Sydney Opera House. Photo: Keith Saunders

Escamillo’s 'Toreador' is so impressive it made it to Bugs Bunny, and Don José’s heartstring-pulling 'Flower Song' is a romantic classic.

You don’t have to listen hard to notice the way Bizet incorporates exotic Spanish music into the score — the Seguidilla that Carmen dances in the hillside, accompanied by castanets, and the Habanera, based on an original Spanish folk song.

SPOILER ALERT! A motif symbolising fate follows Carmen throughout the opera, sounding again and again as her fate takes shape: when she throws her flower to Don José, as she reads her cards in the mountains and sees her death, as she rejects Don José and tells him to leave with Micaëla, and finally, played loudly as Don José stabs her at the bullfight.

... a contemporary take on the famous opera by acclaimed Australian director John Bell. He is fascinated by the motivations of the central characters — his production asks the question: "What leads you to love the one person who is going to destroy you?" 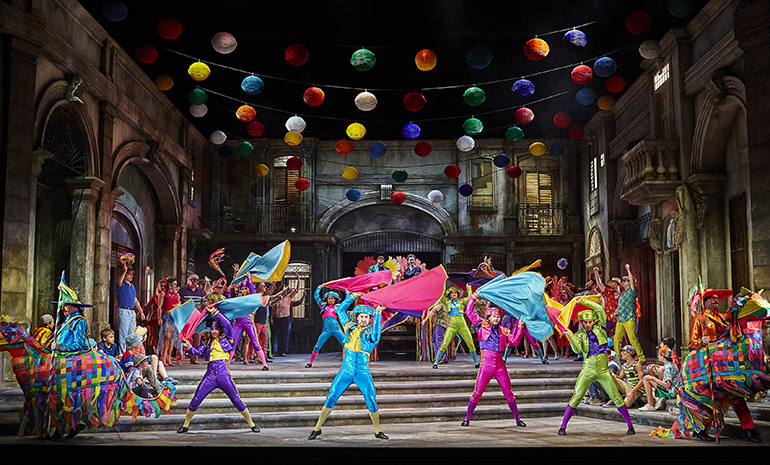 Carmen got off to a rough start. The unlucky composer finally had a commission in hand: a full-length opera for the Opéra-Comique. Bizet began composing a score for Mérimée‘s short story Carmen, working with the renowned librettist duo Meilhac and Halévy. But the family-friendly opera house baulked at the risqué story, and stopped Bizet in his tracks. Two years later, the opera house changed hands and Carmen started production — but even then, things didn’t go smoothly.

The orchestra and the Chorus complained the score was unplayable and unsingable in parts. They had trouble finding a leading lady.

Nevertheless, Carmen premiered on March 3, 1875, which a who's who of composers in the audience. The reception began warmly but was "glacial" by the final act, according to the librettist.

It played to half-empty houses that year. But after Bizet's sudden death, Carmen was revived in Vienna, then Brussels, then London, and hailed a success.

Wagner, Tchaikovsky and Brahms all praised the work, with Wagner saying “Here, thank God, at last for a change is somebody with ideas in his head.”

Carmen is now credited as a forerunner of the "verismo" movement, where opera composers portrayed normal (read - middle or lower class) people in a realistic style. His melodies evoked the colour and culture of Andalusian Spain.

Carmen in a nutshell

The music: French romantic with a few 'exotic' Spanish flourishes thrown in to set the scene.

The setting: Originally set in Seville, Spain about 1820, this production updates the action to a city inspired by Havana.

The tragedy: Carmen wasn't popular in Bizet's lifetime, but when revived after his death, it became a runaway hit.

A quirky fact to impress your date: Carmen has inspired countless adaptations – including a 2001 movie called Carmen: the Hip Hopera, starring Beyoncé Knowles!