Everything you need to know about these two short operas. Written by two different people and intended to stand on their own, the works make a brilliant pair and so are often performed together.

Who were the composers?

Who were the composers?

Pietro Mascagni was an Italian composer writing in the late 19th century. His Cavalleria Rusticana changed the face of Italian opera — pioneering an idea called verismo.

Verismo stories depict the crude passions of everyday people instead of the dramas of kings and queens and gods. Verismo works are about sex and love and jealousy and honour and violence. Already popular in theatre, Mascagni and his contemporaries took the form to the opera theatre. Their music asked performers to prioritise the emotion of the subject matter over the beauty of the sound, so instead of striving for ‘beautiful singing’, singers could sob, shout and shriek where the action asked for it.

Ruggero Leoncavallo was Mascagni’s contemporary. He wrote librettos and operas, but like Mascagni, never really matched the success of his first hit, Pagliacci. 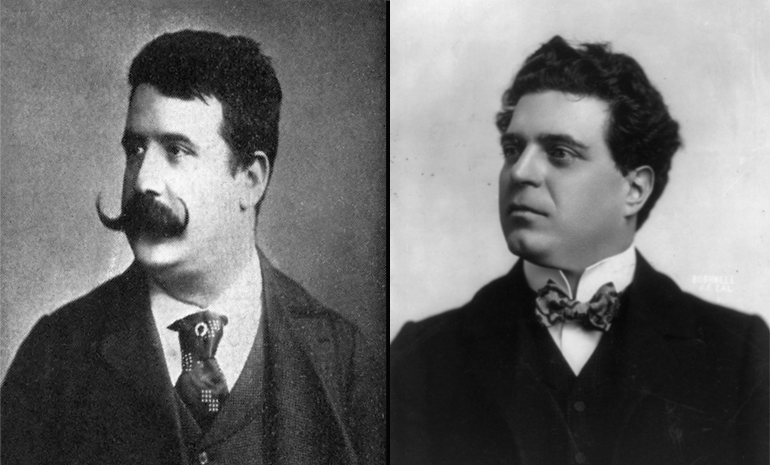 In Cavalleria Rusticana, Easter Monday dawns bloody. Turiddu is found dead in the street — but who should his grieving mother blame? His spurned lover? His married mistress? Her jealous husband? As the village prepares to celebrate Easter, the unholy consequences of forbidden lusts are laid bare.

In Pagliacci, a group of performers present a comedy about a cuckolded husband and his beautiful, flirtatious wife. But life runs very close to art for this troupe. With the hunchbacked clown Tonio pulling the strings off stage, acting is suddenly a dangerous game.

Pagliacci’s ‘Vesti la giubba’ is the original hit single — a recording by Caruso sold more than a million copies in the early 1900s. It’s a beauty.

The famous orchestral Intermezzo is a highlight of Cavalleria Rusticana.

Director Damiano Michieletto cleverly intertwines the plot of both operas. He sets each story in the same rural Italian village in the 1980s, where the villagers are preparing for Easter and looking forward to a play, Pagliacci, which is coming to town. Some of the characters of Pagliacci appear in the background of Cavalleria Rusticana, and vice versa. It’s a clever device that plays on the common themes of both operas: misplaced lust, betrayed love and violent retribution.

This is a co-production between The Royal Opera House, Opera Australia, La Monnaie, Brussels, and The Göteborg Opera.

Music publisher Sonzogno had a heart for young composers. In 1888, he announced a competition, inviting composers who had never staged an opera to submit a one-act work.

Mascagni had begun writing other operas before hearing about this competition, but it was Sonzogno’s challenge that spurred him on to write his masterpiece.

The composer discovered the opportunity just two months before the deadline, and scrambled to enter.

He asked his friend Giovanni Targioni-Tozzetti for a libretto, and the professor of literature chose a popular short story and play by Verga. He sent Mascagni the libretto in fragments — sometimes merely a line or two on the back of a postcard!

Mascagni finished the work just in time, but he was too nervous to send it off. His wife submitted it on the last day of the competition.

A jury selected it for performance and it opened to a half-empty house in 1890. The applause was rapturous — Mascagni took 40 curtain calls! It was a raging success. Sonzogno grasped the chance to set himself apart from the leading music publisher in Italy, Ricordi, and began seeking out other works in this popular new style.

Meanwhile, Leoncavallo saw the opportunity to capitalize on Mascagni’s success, writing his Pagliacci in a similar style and submitting it to Sonzogno. It premiered in 1892 with an all-star line-up including Arturo Toscanini conducting and Victor Maurel as Tonio. The public loved it, and it’s been a hit ever since. 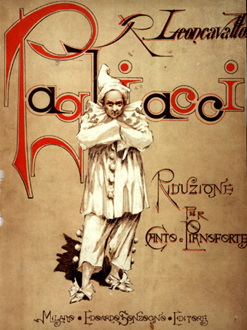 The music: Dramatic, emotional and evocative, their work shows off the beginnings of the verismo movement in opera.

The big hit: ‘Vesti la giubba’, the lament of a clown.

The legacy: Pagliacci gives us the archetype of the sad clown.

A quirky fact to impress your date: A recording of Pagliacci’s ‘Vesti la giubba’ was the first recording to ever ‘go platinum’, selling a million copies.