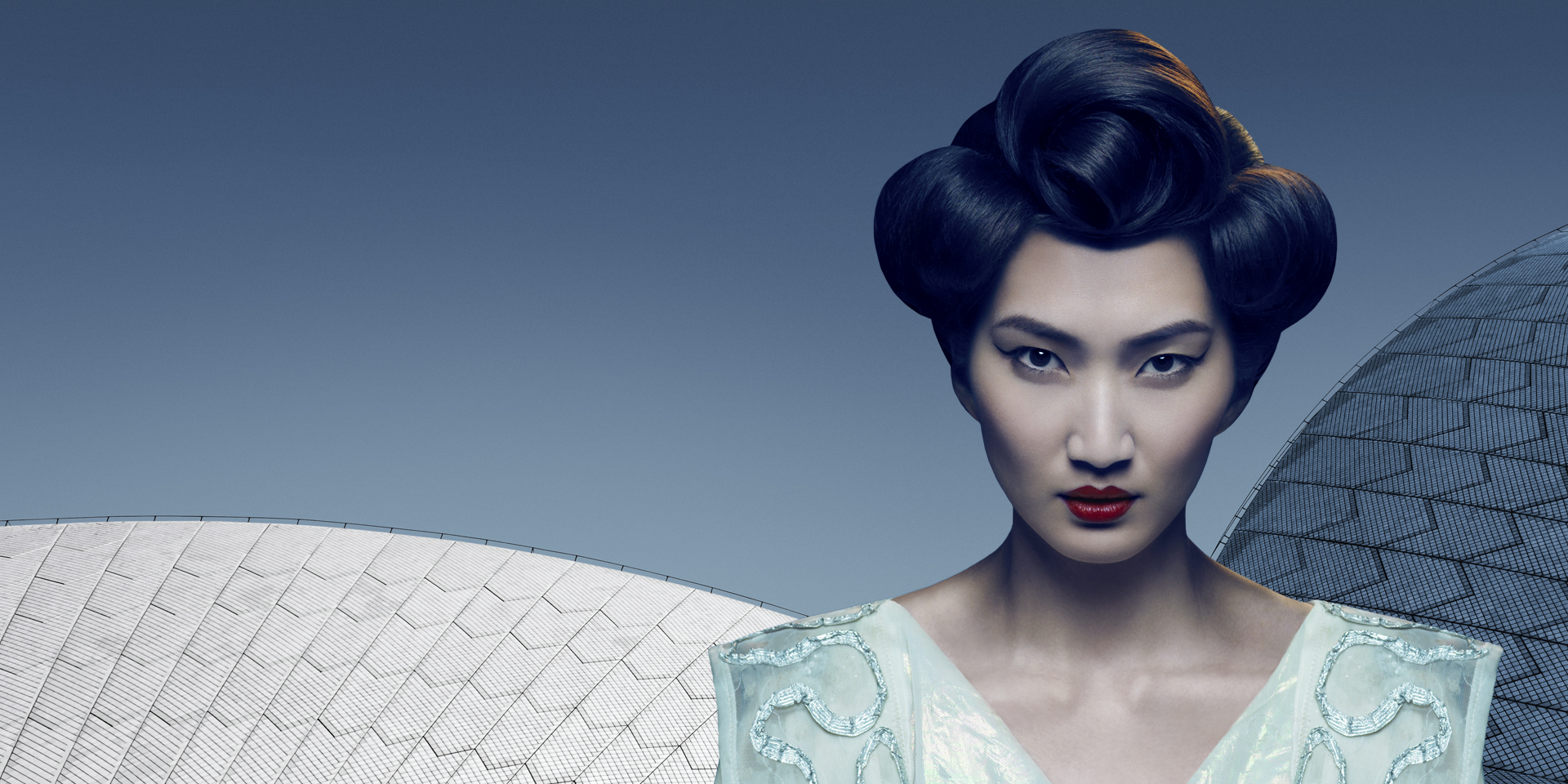 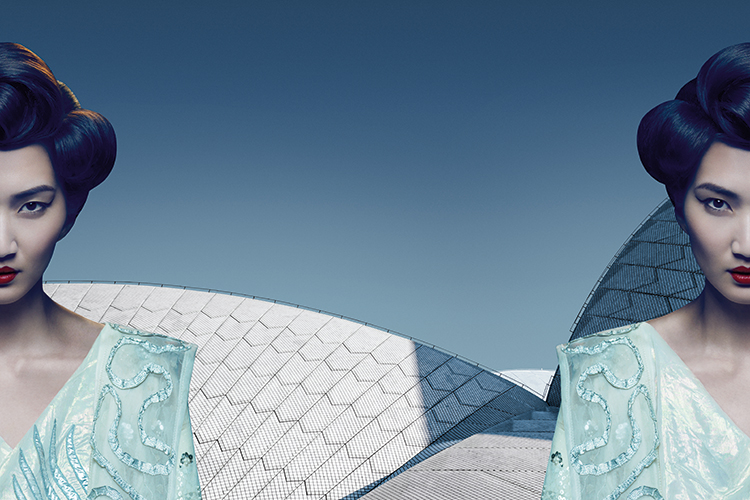 As the moon rises, a death cry wails through imperial Peking. Torture and death mean nothing. Freedom means everything. Can the princess win her heart’s desire?

When Pavarotti sang out the top B in Puccini’s ‘Nessun dorma’ across a huge crowd at the 1990 FIFA World Cup, the world collectively held its breath. A generation of football fans were learning what opera was all about — music that can transport you to another world, another place, a place where emotion wells up inside you at the sound of a single note.

Few had seen Turandot — Puccini’s opera about a brutal princess and an impossibly brave suitor, who will make any sacrifice to win her love. How many of the millions of people who watched that broadcast suddenly had an inkling of what the power of that music can be?

Turandot is a fantasy opera of poetry and myth, set in an exotic world where fear and love go hand in hand and death is always just around the corner. ‘Nessun dorma’ is just one of its magnificent moments. 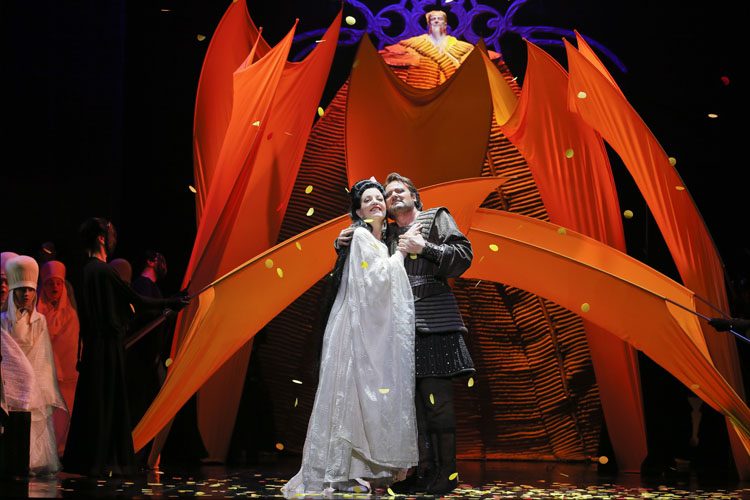 Turandot is a version of the ancient fairy tale of the cruel Eastern Princess who slays those who love her.

Before the Imperial Palace in Peking

At sunset a Mandarin appears before the crowd and announces that any prince seeking to marry the Princess Turandot must first answer three riddles. If he fails, he must die. The latest suitor, the Prince of Persia, is to be executed at the moon's rising. The bloodthirsty crowd surges forward and an old blind man is knocked to the ground.

In response to his slave's cries for help, a young man steps forward. The old man is Timur, the banished King of Tartary, who is overjoyed to learn that the young man is his long lost son, Calaf. Timur tells his son that only Liù, his slave, has remained faithful to him in his exile. Calaf asks why she has risked so much; she replies it is because once long ago he, Calaf, smiled at her.

As the sky darkens, the mob again cries for blood but greets the moon with sudden, fearful silence. They are further moved when the Prince of Persia passes by and calls upon the princess to spare him. Calaf curses the beauty who sends noble and innocent lovers to their deaths. Turandot appears and, with a contemptuous gesture, bids the execution to proceed.

As the death cry is heard in the distance, Calaf, transfixed by the beauty of the unattainable princess, strides to the gong that announces a new suitor. Suddenly Turandot's three ministers, Ping, Pang and Pong, materialise to discourage him. Timur and the tearful Liù also beg him to reconsider, but as their pleas intensify, he strikes the fatal gong and calls Turandot's name.

Ping, Pang and Pong lament Turandot's bloody reign, hoping that love will conquer her icy heart and peace will return. They think longingly of their distant country homes, but the noise of the populace gathering to hear Turandot question the new challenger brings them back to reality.

Before the Imperial Palace

The people, eager for another execution, have gathered in the square. The aged Emperor, seated on a high throne, vainly asks Calaf to reconsider. Turandot appears and describes how her beautiful ancestor, Princess Lou Ling, was carried off and ravished by a conquering prince; in revenge, she has turned against all men and determined that none shall ever possess her.

Facing Calaf, she poses her first question: What is born each night and dies each dawn? "Hope" answers Calaf correctly. Unnerved, Turandot continues: What flickers red and warm like a flame, yet is not fire? "Blood" replies Calaf after a moment's pause. Visibly shaken, Turandot delivers her third riddle: What is like ice but burns? A tense silence prevails until Calaf triumphantly cries, "Turandot!"

While the crowd voices thanks, the princess begs her father not to give her to the stranger, but to no avail. Calaf, hoping to win her love, generously offers Turandot a challenge of his own: if she can learn his name by dawn, he will forfeit his life. Turandot accepts.

In the Palace Gardens

Calaf hears a proclamation: on pain of death, no one in Peking shall sleep until Turandot learns the stranger’s name. He muses on his impending joy. Ping, Pang and Pong try unsuccessfully to bribe him to leave the city. As the mob threatens him to learn his name, soldiers drag in Liù and Timur. Horrified, Calaf tries to convince the mob that neither knows his secret. When Turandot appears, commanding the dazed Timur to speak, Liù cries out that she alone knows the stranger’s identity but will never reveal it. She is tortured, but remains silent. Impressed by such endurance, Turandot asks Liù’s secret: “Love” replies the girl. The princess signals the soldiers to intensify the torture, but Liù snatches a dagger and kills herself. The crowd, fearful of her dead spirit, forms a funeral procession.

Turandot remains alone to confront Calaf, who tears the covering from her face and boldly kisses her. Knowing emotion for the first time, Turandot weeps. Now sure of his victory, Calaf reveals his identity.

As the people hail the Emperor, Turandot triumphantly approaches his throne, announcing the stranger’s name: it is Love. As Calaf rushes to embrace her, the court hails the power of love and life.