Rory Jeffes became Chief Executive Officer of Opera Australia in August 2017. Prior to this he was Managing Director of the Sydney Symphony Orchestra for 8 years, during which time he led the development of the presence and profile for the orchestra in China as a leading cultural ambassador for Australia.

Born in Ontario, Canada, Mr Jeffes has enjoyed an extensive career in the profit and not-for-profit sectors in England and Australia. He holds a Master of Arts degree from Oxford University where he read Music and was awarded an Academical Clerkship (Choral Scholarship). His early career was in public relations where he progressed to become a Director of Shandwick Communications in London, at the time part of the largest worldwide communications group in the world.

Mr Jeffes has also held senior management roles in the Development area at leading not-for-profit organisations including Outward Bound Trust UK & Australia as well as the Prince’s Youth Business Trust - a charity presided over by HRH The Prince of Wales.He has also sat on several advisory groups to Government in the UK, including the New Labour Social Exclusion Unit. He was the Founding CEO of the world’s first “virtual” charity, YouthNet UK, an innovative web based information resource for young people.

Mr Jeffes is a keen pilot, holding a Commercial Helicopter Pilot’s Licence. In 1998 he undertook an expedition piloting a microlight from India to the UK as a fundraising initiative for education charity CRY India. He is married to Executive Producer Jane and together they have two children. 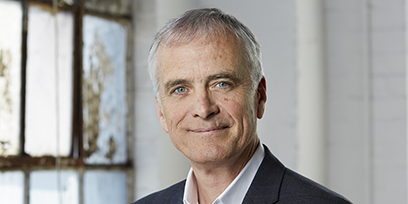