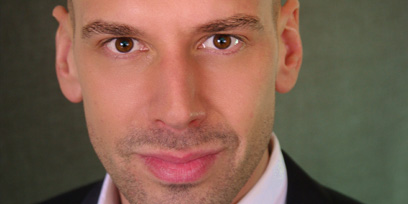 A chorister with the Victorian Boys Choir from the age of 5, Adrian Tamburini has always had a passion for music and singing.

At the age of 10, he was awarded a scholarship to sing with the St Patrick’s Cathedral Choir, Melbourne where he stayed until 1992 as the assistant choir captain under the direction of John Mallinson.

Adrian’s many prizes and scholarship wins have included the Robert Salzer Vocal Scholarship, the Lygon Street Festa Aria Competition, the inaugural Royal Melbourne Philharmonic Aria Competition in 2007, the Lythgo Trust Operatic Aria Award and the Melbourne Welsh Male Voice Choir Singer of the Year Competition. He has been the recipient of the Acclaim Awards Scholarship and was twice a finalist in the German Australian Opera Grant.

He has enjoyed a varied career as an operatic soloist (Opera Australia, Melbourne Opera, West Australian Opera), has appeared on television (Woolworths Carols in the Domain) and has been a musical director and producer.  His work, both on and off the stage, has been nominated for awards (including a Green Room Award) and received critical acclaim.

Engagements for Opera Australia have included Figaro and Leporello in the Touring productions of Le nozze di Figaro and Don Giovanni, Alcindoro/Benoit in Gale Edwards’ production of La Bohème, Zuniga in Carmen, Sciarrone in Tosca, The Speaker in The Magic Flute, Pietro in Simon Boccanegra, The Cook in The Love for Three Oranges, The Maestro in The Eighth Wonder and Baron Douphol in La Traviata.

In 2018, Adrian Tamburini reprises his much-loved roles in La Bohème, Tosca, La Traviata and Carmen for Opera Australia as well as making role debuts in Die Meistersinger von Nürenberg, Brian Howard’s Metamorphosis and Shostakovich’s The Nose. He will appear as bass soloist in Haydn’s Creation for Sydney Philharmonia.