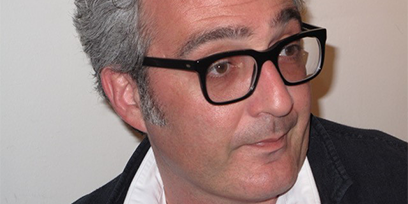 Alessandro Carletti was born in Rome. He studied photography and painting through which he very soon discovered his passion for lighting design that is also very much present in his family. In fact, Alessandro as a child has been influenced by his father who worked in theatre and his first experiences are the productions directed by Carmelo Bene at the Teatro Eliseo. In the late 90s he started working at the Rossini Opera Festival where he consolidated his experience in opera productions.

With director Damiano Michieletto he started collaborating in 2008 in Lugo for Jackie’O. He worked with the same director at Teatro San Carlo in Naples for Die Entführung aus dem Serail, and at Rossini Opera Festival he created lighting design for La Scala di Seta and in 2010, Sigismondo. In 2011 he continued with the same director in Valencia on Elisir d’amore, at the Teatro Massimo di Palermo on Greek Passion and on Così fan tutte at the New National Theatre Tokyo. Since then Alessandro collaborates regularly with Damiano Michieletto.

During the season 2015/16 and for the second time at Royal Opera House in London he created the lighting design for the new production of Cavalleria Rusticana and Pagliacci which has been awarded as Best Opera Production at the Laurence Olivier Awards. Further productions in the same season include: Die Zauberflöte at Teatro de la Fenice, Otello at Theater an der Wien, Il Trittico at Teatro dell’Opera di Roma and Dreigroschenoper (Opera da tre soldi) at Piccolo Teatro di Milano.

He won the Knight of Illumination Award 2015 for the opera Guillaume Tell, a production of the Royal Opera House Covent Garden.