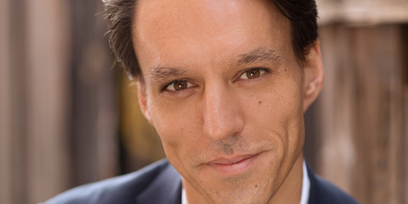 With worldwide operatic engagements and acclaimed performances in musical theatre, Australian tenor Alexander Lewis is forging a unique career as a “cross-over” artist. Of his performance in Crossing, The New York Times hailed “The affecting young tenor Alexander Lewis brings cagey intensity to the role, singing by turns with flashes of defiance and pleading despair.” This seasons engagements include a return to Komische Oper Berlin as Hoffmann in Les contes d’Hoffmann and Grisko in The Fair at Sorochyntsi, the title role in The Nose in his début with The Royal Opera House Covent Garden, the role of Count Danilo in The Merry Widow with West Australian Opera, and a Christmas concert with Sydney Philharmonia. Future seasons include a remounting of Crossing in various worldwide venues as well as performances in two productions with Opera Australia.

Recent opera engagements include the title role in Les contes d’Hoffmann in his European début at Komische Oper Berlin; multiple engagements with The Metropolitan Opera including the title role of The Nose, St. Brioche in The Merry Widow, Borsa in their contemporary production of Rigoletto, and productions of The Death of Klinghoffer and Die Fledermaus; his Washington National Opera début as Flask in Moby Dick; a return to his home country to West Australian Opera Company in Perth as Tamino in Die Zauberflöte; and the role of John Wormley in the world première of Matthew Aucoin’s opera Crossing, inspired by Walt Whitman’s journals.

He was praised for his performance as George in Sondheim’s Sunday in the Park with George for the Victorian Opera Company in Melbourne. “Alexander Lewis as the artist Georges Seurat brings a humanity, vulnerability and anguish to the role, as well as a flawless operatic tenor voice.” (TheatrePress Australia) Other musical appearances have included Anthony Hope in Sweeney Todd with Opera Australia, Frederick Barret in Titanic with Seabiscuit Productions, and Raoul and The Phantom in The Phantom of the Opera with The Really Useful Group.

In recent concert engagements, he sang the tenor solo in Dvořák’s Stabat Mater with Omaha Symphony, the role of Gerhard in H. K. Gruber’s Gloria: A Pig Tale in The New York Philharmonic’s inaugural Biennial Festival, and a series of recitals and concerts throughout Australia. Additional concert highlights include The Serenade for Tenor, Horn, and Strings at The Bangalow Music Festival 2013, the Petite Messe Solenelle with The Philadelphia Chamber Music Society, The Met’s 2012 Summer Recital series, the 2012 Manchester Music Festival and the role of Poisson in The Opera Orchestra of New York’s performance of Adriana Lecouvreur at Carnegie Hall.