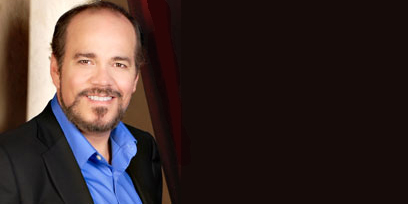 
Highlights of the 2014 – 2015 season include the role of Radames in Aida with Opera Australia in Sydney, Hagenbach in La Wally with Dallas Opera and Calaf in Turandot with the Bregenzer Festspiele in Austria.  This season Mr. Rawls joined the roster of the Metropolitan Opera in the Zeffirelli production of Turandot.


During the 2013 – 2014 season, the tenor took the stage as Bacchus in Ariadne auf Naxos and Erik in Die fliegende Höllander  both at the Theater St. Gallen in Switzerland, and as Manrico in Il Trovatore with the Sacramento Opera where he was praised for his “pliant and super clear tenor.” (San Francisco Classical Voice)  In addition, he offered a recital at the Goddard Center in Oklahoma.


Engagements during the last few seasons include Hagenbach in Le Wally and Bacchus in Ariadne auf Naxos both at the Theater St. Gallen in Switzerland, San-Lui in Leoni’s L’Oracolo, Roberto in Le Ville and Apollo in Daphne all with Oper Frankfurt, and Manrico in Il Trovatore both for his debut at the Sydney Opera House and with The Metropolitan Opera.  With the Arizona Opera and Vancouver Opera he portrayed Radamès in Aida, with Lyric Opera of Kansas City, Pensacola Opera and Arizona Opera he sang Calaf in Turandot, with Opera Grand Rapids he sang Manrico in Il Trovatore, and he returned to the Bregenzer Festpiele as the title role in Andrea Chenier where The New York Times reported “Chénier, long a cherished role of Italian dramatic tenors, finds a creditable exponent in the American tenor Arnold Rawls, whose voice has an easy flow in midrange yet rang out excitingly in the big, high-lying moments.”


Further highlights include Radamès in Aida with the Bregenzer Festspiele in Austria, Opera Omaha, Florida Grand Opera, and Lyric Opera of Kansas City, Manrico in Il Trovatore with the Seattle Opera, Bregenzer Festpiele, and Indianapolis Opera, Turiddu in Cavalleria Rusticana with Granite State Opera, Bacchus in Ariadne auf Naxos with the Indianapolis Opera, and Canio in Pagliacci with Lyric Opera of Chicago.  He portrayed Erik in Der fliegende Holländer and Pinkerton in Madama Butterfly with the Madison Opera, Cavaradossi in Tosca with Florida Grand Opera, Riccardo in Un ballo in maschera with the Des Moines Metro Opera, Sam in Susannah with Opera Pacific, and sang the leading role of Standing Bear in the World Premiere of Anthony Davis’ Wakonda’s Dream with Opera Omaha.


Recent concert performances include Verdi’s Requiem with the Madison Symphony, Oberlin Conservatory, the Washington Chorus at the Kennedy Center, and with the Concert-Chor Concordia/Koncertchor Flensbur/Neue Philharmonie Westfalen at the Köln Philharmonie.  He sang the role of San-Lui in Franco Leoni’s L’Oracolo with the Teatro Grattacielo at New York’s Avery Fisher Hall, participated in gala concerts with the Abilene Symphony, Opera Omaha, and Las Vegas Philharmonic, sang Beethoven’s Symphony No. 9 with the Southwest Florida Symphony, and offered recitals throughout the United States.


He has performed as Manrico in Il Trovatore with Teatro Lirico, Pinkerton in Madama Butterfly with the Granite State Opera, Calaf in Turandot with Opera Omaha, Nevada Opera and Mobile Opera, and Alfred in Die Fledermaus with the Nashville Opera.  He portrayed Don Jose in Carmen with the Madison Opera, the Duke in Rigoletto with Teatro Lirico, and Canio in Pagliacci with the Opera Theatre of Highland Park.   He portrayed Dick Johnson in La fanciulla del West with the Utah Festival Opera, Bacchus in Ariadne auf Naxos with the Arizona Opera, Turiddu in Cavalleria Rusticana with the Pine Mountain Music Festival, and Alfredo in La Traviata with the Natchez Opera Festival.


In concert he has sung Manrico in Il Trovatore with the Elmhurst Symphony, Don Jose in Carmen with the DuPage Symphony, and Calaf in Turandot with the Beloit Janesville Symphony.  He was a soloist for Verdi’s Requiem with both the Lake Charles Symphony and Southwest Missouri State University, and for Beethoven’s Symphony No. 9 in San Ramon, California and in St. Charles, Illinois.  His concert repertoire also includes Mozart's Requiem, Beethoven’s Missa Solemnis, Handel's Messiah, Rossini's Stabat Mater, Schumann's Requiem, and Puccini's Messa di Gloria.


He is a recent recipient of a major grant from the Olga Forrai Foundation.