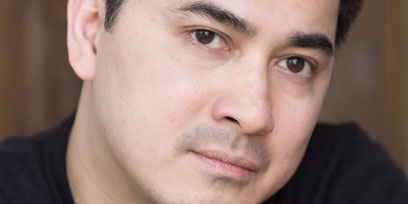 
He trained in the young artist programs with the opera companies of Santa Fe, St. Louis and Pittsburgh, his first opera appearances took place in the title role in Cavalli’s L’Ormindo, as Tybalt in Roméo et Juliette, as Brighella, Beppe and Maintop in Billy Budd in Pittsburgh, Remendado in St. Louis, Flute in Midsummer Night’s Dream and Tybalt with Opera North in New Hampshire.


In Europe he performed with Accademia of Scala Milano, Piccolo Teatro in Milan and the theatre of St. Gallen. In the US he has been seen on the stages of the theatres in Memphis, Pittsburgh, Connecticut and has sung Mozart’s Coronation Mass with the Louisiana Philharmonic Orchestra and The Symphony on Ice with Pittsburgh Symphony Orchestra.


He made his debut at Scala Milano and Piccolo Teatro in Milan with Così fan tutte.


Recent engagements included Don Ramiro in Memphis, Don Ottavio in Versailles, Tebaldo in Capuleti ed i Montecchi in Pittsburgh, Don Ottavio at Connecticut Opera and in Orleans (France), Dido and Aenas at Champs Elysées in Paris, Barbiere di Siviglia in New Hampshire, Tamino in Tel Aviv, Ottavio in Ried (Austria), Barbiere di Siviglia in Charlottesville, Don Ramiro in New Hampshire, Don Ottavio at Brucknerfest in Linz, Foresto in a concert version of Attila in Washington, Tamino in Austin Opera, Beethoven Symphony No.9 in Milan and Cremona, Alfredo in La Traviata in Manila and Sogno di Scipione in  New York. He made his debut in St. Gallen in the new production of Così fan tutte and sang then Medea di Cornito (Mayr), Il diluvio universale (Donizetti), Sonnambula and Alcina, further Almaviva in Manila, at Festival Klosterneuburg/Vienna, Rigoletto in St. Gallen, Cenerentola in Pittsburgh and Cassio in Modena and Piacenza.


2014/2015 he was heard in the new productions Manon Lescaut with Simon Rattle in Baden Baden and Berlin, in Don Pasquale in Leipzig, with Favorita in St. Gallen, in Barbiere di Siviglia in Wiesbaden, in a productions of Così fan tutte in Magdeburg and Basel, as Rodolfo in La Boheme in Magdeburg, and in Rigoletto at Festival in Klosterneuburg/Vienna.


2015/16 he sang Sonnambula in Munich, La Bohème in Magdeburg, Gianni Schicchi in Frankfurt, Cenerentola in Manila and Munich, Rigoletto in Kassel.