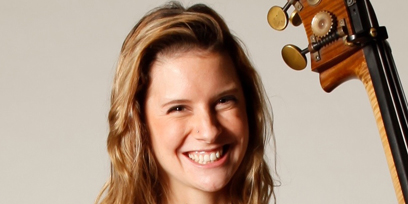 In Australia, Bonita performed regularly with Orchestra Victoria and the Melbourne Symphony Orchestra before joining the Opera Australia Orchestra in 2016. Since moving to Sydney she has also performed with Pinchgut, Orchestra of the Antipodes, the Australian Chamber Orchestra, and participated in several recording sessions for various film scores.

She loves teaching the double bass to students of all ages and levels, and has been involved in educational organisations such as State Music Camp, Melbourne Youth Orchestra, and Sydney Youth Orchestra programs.

Fun fact: Bonita believes that the most important things in life are health, friends & family, and good chocolate.