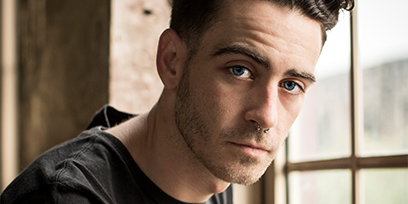 Brady began his performing career in acting at age 12 with Australian television and film appearances in ‘Water Rats’, ‘All Saints’ and ‘Oyster Farmer’. He has performed across Australia, New Zealand, Europe, Canada and the US in some of the largest venues and cruise ships on the planet. In 2012 he toured three continents in Dreamworks & Global Creatures’ ‘How To Train Your Dragon: Live Spectacular’ as an original cast member and has performed for identities such as Stephen Spielberg, Jonsi, James Marsden, America Ferrera, and Heidi Klum.

Following multiple appearances in ‘Australia’s Got Talent’ with Phly Crew, Brady has become an award-winning choreographer, launching The Blackguard in 2016; a contemporary/KRUMP dance company, producing original works such as ‘Passion May Yet Be Fatal’ (2016) and ‘Still Breathing’ (2018).

As Brady’s development of works has continued, he has become a sought-after practitioner of elite level acrobatics and contemporary dance, specializing in contact improvisation and movement coaching with his company’s training program ‘The Darkroom’. He has worked with Opera Australia on shows such as ‘King Roger’ and makes his return to ‘West Side Story’.