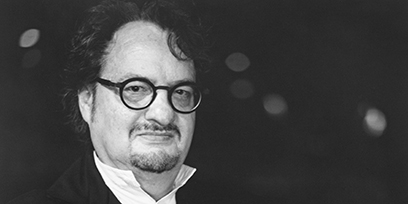 Born in Cessnock, Brian Castles-Onion is one of Australia’s most exciting and well-known opera conductors. Completing his tertiary studies at the Newcastle Conservatorium of Music, his outstanding achievements speak for themselves.

His career expands internationally having worked at New York’s Metropolitan Opera and the Julliard School of Music. He has worked at the Rossini Festival in Italy, held the position of Artistic Director of Canterbury Opera in New Zealand and currently continues his long run association with Opera Australia.

Well known as a Public Speaker and compère, he has made guest appearances at Corporate Dinners, various Opera Forums and presented over two dozen ‘Opera in the Park’ in Perth, Sydney and the Hunter Valley – amassing a large following of fans. His book “Losing the Plot in Opera” has been a Best Seller in Australia and the UK.

His recital and concert appearances have seen him as conductor and pianist for Kiri Te Kanawa, Sumi Jo, Frederica von Stade, Placido Domingo, José Carreras and Geraldine Turner. His recordings include The Mikado and La traviata for ABC Classics, The Stephen Sondheim Songbook, When We Met, Amoureuse, The Power of Love, Puccini Passion, Geraldine Turner – The Stephen Sondheim Songbook Volume Two, The Enchanted Hour, the soundtrack to the American film Harlem Aria, the complete series on DVD of Handa Opera on Sydney Harbour and produced ten volumes in the new series on Désirée Records – “Great Australian Voices”.

Brian became a Member of the Order of Australia (AM) in the 2017 Australia Day Honours List.