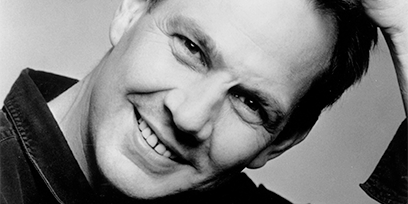 Brian Thomson Received an Order of Australia, AM in 2005 for services to the arts and recently received the 2012 Helpmann Award for La Traviata – the first opera on Sydney Harbour. Other awards include a Tony for The King And I on Broadway, multiple Green Room and AFI Awards.

Other Companies: designed Eat Pray Laugh, Barry Humphries farewell tour, Keating! and Shane Warne The Musical. Has worked extensively for all the major theatre companies in Australia and internationally on musicals, films and opera productions. Operas include La Traviata, La Bohème, Bliss, Billy Budd, Voss, Death in Venice, The Eighth Wonder, Madeline Lee, Sweeney Todd. He was production designer of the cult film classic The Rocky Horror Picture Show and the Sydney 2000 Olympic Games and Melbourne’s Commonwealth Games Closing Ceremonies. Also designed Priscilla Queen of the Desert in Australia and on Broadway and in London’s West End. Most recently he designed Bouquet, a huge vase of Gladiolis to commemorate the reopening of Hamer Hall.