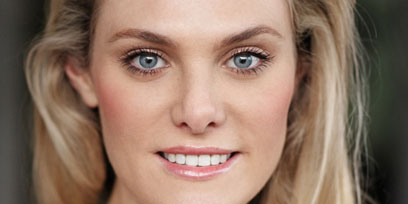 Catherine Bouchier is an Australian soprano and graduate of The Sydney Conservatorium of Music where she completed her Bachelor of Music and Diploma of Opera.


During 2006/7 she was a finalist in the McDonald's Operatic Aria and Opera Foundation Australia's; German Operatic Award, Italian Opera Award and National Opera Studio Award. She was granted the AIMS prize to study in Graz, Austria in 2007 after having made her professional operatic debut as First Bridesmaid in Mozart's The Marriage of Figaro and the ensemble of Sondheim's Sweeney Todd, both with Opera Australia.


In 2008 Catherine relocated to the UK to pursue her career and made her debut with Diva Opera in 2009 in the role of Mimì from La Bohème, appearing at the Vezere Festival and Azuriales Festival in France. She has also performed the role of Venus in Orphee aux Enfers by Offenbach and Ida in Strauss’ party scene from Die Fledermaus at the Royal Albert Hall.


She has performed extensively throughout Europe in concert for London Festival Opera from Puccini Festivals on the Amalfi Coast to Verdi highlights in Bari, Italy.


In 2012 she performed the role of Violetta in La Traviata in concert for London Festival Opera at the Windsor Festival.


She has appeared as a soloist for the Huddersfield Philharmonic and in March 2013 performed the roles of Georgette in Puccini’s Il Tabarro and Nella in Gianni Schicchi both for Caledonia Opera in Aberdeen, Scotland.


In 2014, Catherine relocated back to Sydney Australia and covered the role of Desdemona in Otello for Opera Australia.


2015 performances include the role of Euridice in the Inaugural Spectrum Now Festival's Orfeo ed Euridice at NSW Art Gallery during March 2015; she appeared as Mimì for Rosebud Productions' Petit La Boheme and was soprano soloist in the Mahler 2 with the St Mary’s Cathedral Singers.


Catherine Bouchier appears as Princess Nicoletta in The Love for Three Oranges for Opera Australia.