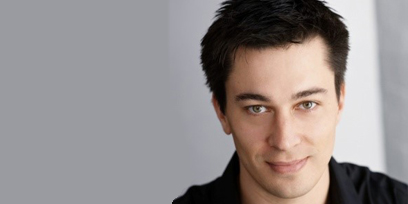 
Having grown up in Geelong Christopher, later moved to Melbourne where he completed a Bachelor of Music Performance under the tutelage of Anna Connolly at the Victorian College of the Arts. While at the VCA he won several awards and scholarships, sang in masterclasses with Sir Donald McIntyre and performed with Richard Bonynge, the Royal Melbourne Philharmonic, the Melbourne Chorale and Opera Australia’s touring school’s company, OzOpera.


After graduating from the VCA, Christopher was engaged by the Melbourne Symphony Orchestra to perform as bass soloist in Handel’s Messiah and the Bach Cantata BWV 207. In the same year, Christopher won the Opera Foundation Italian Opera Award; a prize which took him to Europe the following year to study in Pisa, Italy, and then to Romania, where he performed the role of Silvio in the Galati Theatre summer production of I Pagliacci.


He subsequently relocated to London to study at the prestigious Royal Academy of Music, where he was supported by the Kohn Foundation and the Josephine Baker Trust. During this time, Christopher sang principal roles in six Academy productions, Anténor (Dardanus), Robert (Iolanta), Marco (Gianni Schicchi), Tarquinius (Rape of Lucretia) and Drebyednyetsov (Paradise Moscow). The highlight however was Count Almaviva in Le nozze di Figaro, directed by John Copley and conducted by Sir Colin Davis. Upon graduation, Christopher was awarded the coveted ‘Diploma of Royal Academy of Music,’ granted for performance excellence and distinguishing him as one of the Academy’s top graduates. During his time in the UK, Christopher was also engaged to sing at venues including Chichester Cathedral, the Barbican and the Royal Albert Hall, and was broadcast on BBC Radio 3 on several occasions.