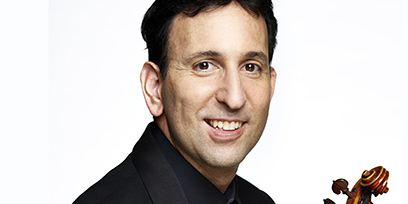 Daniel Rosenbaum holds the position of Tutti Violin in the Opera Australia Orchestra, having first joined the Orchestra in 1997. Daniel began his musical studies at the age of seven and under the tutelage of Charmian Gadd and Sylvia Rosenberg went on to complete a Diploma of Music and Graduate Diploma of Music at Sydney Conservatorium of Music and Manhattan School of Music respectively.

Fun fact: The most memorable concert Daniel has played was with Jonas Kaufmann. The power, emotion and the nuanced colour of Jonas’s voice was truly astounding, and Daniel believes Jonas Kaufmann to be one of the greatest singers in the world today.