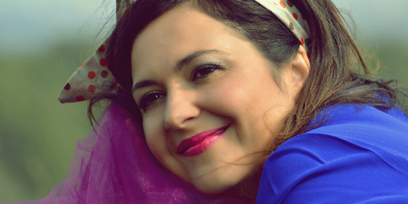 In 2015/2016, Daria Masiero sang Lady Macbeth in Macbeth in Tetro Petruzzelli Bari, Amelia in Un ballo in maschera in Pavia, Cremona, Brescia, Bolzano and Como and the title roles in Adriana Lecouvreur (Varna) and Norma (Fidenza and Varna). She also performed two title roles in Opera Australia’s Handa Opera on Sydney Harbour as Aida and Turandot. She returned to OA in 2017 as Tosca, sang Manon Lescaut in Korea and Madama Butterfly in Varna and recorded Desdemona (Otello) for Decca; in 2018, she sings Norma in Croatia.


Daria studied cello and obtained an Honours degree at the Conservatorio Antonio Vivaldi in Alessandria. She then undertook vocal studies at l’Accademia at the Teatro alla Scala and with Mirella Freni at the Modena Academy; she was a Cardiff Singer of the World finalist in 2005 and won some of the most important competitions in Italy.


She has sung the following roles: Mimì in La Bohème at the Miskloc National Theatre in Hungary and at the Theatre Comunale di Alessandria; Violetta in La Lraviata at the Art Center in Seoul: Desdemona in Otello for La Scala in Milan, Sociale in Como, Ponchielli in Cremona, Fraschini in Pavia, Grande in Brescia, Arcimboldi in Milan; Manon in Henze’s Boulevard Solitude, Musetta in La Bohème, and Liù in Turandot for Theatre Carlo Felice in Genoa; Nedda in Pagliacci and Carmina Burana at the Theatre Bellini in Catania; Zerlina in Don Giovanni and Micaëla in Carmen at the Theatre Regio in Turin; Despina in Così fan tutte for the Grand Theatre in Geneva and Vivette in L’Arlesiana at the Theatre Rendano in Cosenza.


Daria has also sung Mozart's Requiem in Parma with tenor José Carreras and a concert dedicated to Puccini’s Women at Torre del Lago with Plácido Domingo. She undertook the role of Adelia from Donizetti's Ugo, conte di Parigi at the Arcimboldi Theatre in Milan and was soloist in A Midsummer's Night's Dream by Mendelssohn at the same theatre.


Other recent engagements include Rossini’s Stabat Mater in Nice and Monte Carlo; Glauce in Medea in Torino and Palermo; Donna Anna in Don Giovanni at Padova and Bassano del Grappa; Margaretha in Mefistofole for Savonlinna Opera Festival, Finland; Magda in La rondine with Nice Opera; Donna Elvira in Don Giovanni for Opera Ireland and for National Theatre in Rouen; The Countess in Le nozze di Figaro for the Macau International Music Festival; Violetta in La Traviata in Bogotà; the title role in Statkowski’s Maria for the Wexford Opera Festival and Liù in Turandot for Opera Australia.