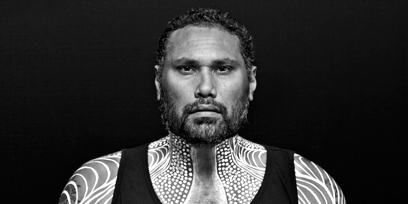 David is from the Kamilaroi nation of Australia and the South Pacific nation of Tonga. Best known as Radical Son David has been making music for 10 years and has recently released his highly acclaimed debut album Cause ‘N Affect.


In 2013 David was selected as a core chorister and featured artist in Archie Roach’s critically acclaimed Into the Bloodstream concert that toured nationally.


David studied music as The Eora Centre for Visual and Performing arts in Redfern, NSW and is currently studying his Bachelor of Music with University of Newcastle at Newcastle Conservatorium. David also conducts workshops and MCs events for Beyond Empathy, Community Prophets and the Jimmy Little Foundation.