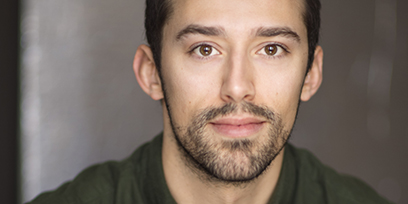 Dion began his professional theatre career at the age of 11. As a young actor he appeared as Gavroche in the 10th anniversary edition of Les Miserables, Sammy in Jolson and Captain in Oliver!


Dion’s credits include Mark in Altar Boys, the original cast of Mary Poppins and Frankie Valli in the Australian/New Zealand production of Jersey Boys. He appeared in Wicked, played Rory West in Strictly Ballroom, played Thalia in Xanadu at the Hayes Theatre and appeared in Disney’s Aladdin understudying and performing the roles of Iago and Omar. Dion was the Dance Captain/Swing on the revival tour of MAMMA MIA! and performs in the high energy tap show, The Tap Pack.


Dion has featured in numerous television commercials and series including his role as ‘Bud’ in the AFI Award winning film Soft Fruit.