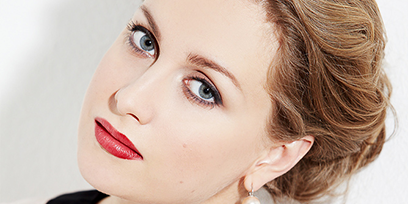 Born in Russia Ekaterina Sadovnikova obtained a degree in History at the University of Armavir whilst studying singing. She went on to complete her musical education at the Rimski-Korsakov Conservatory in St Petersburg and attended the Hochschule für Musik in Dresden. She was a prize-winner in both the Elena Obraztsova International Competition and the International Opera Singing Competition in St Petersburg, leading to her opera debut as Adina L’Elisir D’amore at the Mikhailovsky Theater which she went on to repeat at the Bolshoi Theatre.