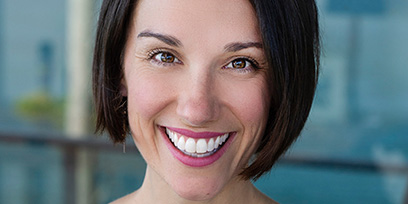 Erin began her journey into the arts industry as a graduate of the Western Australian Academy of Performing Arts (Bachelor of Arts – Music Theatre. After working as a dance captain, swing and Assistant Director for the last decade, her professional directorial debut came in 2018 with She Loves Me at Hayes Theatre Co. She was the Staging Supervisor for Julie Andrew’s production of My Fair Lady (Opera Australia), Assistant Director for Vernon God Little (2014) and Stalking The Bogeyman (2018) and the Resident Director of MOON – a choral theatrical work presented by The Australian Voices (2013). She directed the CONDA Award winning production of Mamma Mia! 2019 and The Very Popular Theatre Company’s CHESS in Concert, starring Silvie Paladino and David Harris, in 2021. Most recently she directed Cabaret and Les Miserables at the University of Adelaide for the Elder Conservatorium of Music’s Bachelor of Music Theatre course, as well as The Cabaret Project and Showcase 2021 at the same institution.

Erin’s professional performance career includes roles in Australian and international productions of South Pacific, CATS, My Fair Lady, The King and I, Blood Brothers, Fiddler on the Roof, Me and My Girl and Love Never Dies, solo performances both internationally and within Australia for corporate events, cabarets, independent theatrical works, and an AACTA award nomination for her role in the feature film The Little Death.