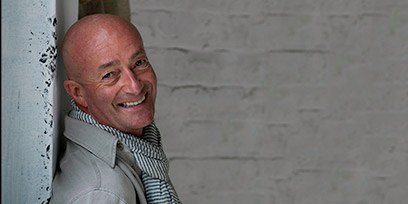 Graeme Murphy was born in Melbourne and studied at The Australian Ballet School. He has danced with The Australian Ballet, Sadler’s Wells Ballet (London) and Ballets Félix Blaska (France). In 1971, he received an Australia Council Grant to study overseas. He returned to Australia in 1975 as a freelance choreographer. The following year, he was appointed artistic director of Sydney Dance Company (then known as The Dance Company NSW), a position he held until 2007. During his 31-year tenure, he created more than 50 works, including 30 full-length productions.

Graeme is the recipient of an AO, Distinguished Service to the Performing Arts (2012), the Order of Australia (1982) for his Services to Dance and three honorary doctorates – Hon. D Litt Tas (1990), Hon. D Phil Qld (1992) and Hon. D Litt UNSW (1999). He was honoured at the Inaugural Sydney Opera House Honours (1993) and named a National Living Treasure (1999) by the National Trust of Australia. He has received a Helpmann Award (2001) for Best Choreography, Body of Work – a Retrospective; the prestigious James Cassius Award (2002); a Centenary Medal (2003); named Cultural Leader of the Year by the Australian Business Arts Foundation, receiving the Dame Elisabeth Murdoch Award (2004) and was listed among Australia’s 50 Most Glamorous Exports at a special celebration hosted by the Australian Government and Austrade (2005). He received the Award for Contribution to Cultural Exchange by the Ministry of Culture, the People’s Republic of China (2008) and the Fred & Adele Astaire Award for Excellence in Choreography in Film for Mao’s Last Dancer (New York, 2011).