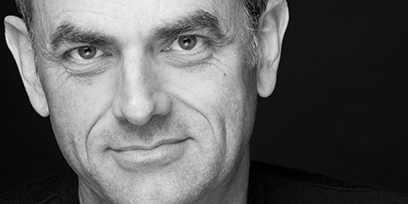 Guy Simpson has been working as a Conductor, Orchestrator, Musical Director and Musical Supervisor for over 40 years.

He was recently the conductor of The Phantom of the Opera on Sydney Harbour, Musical Supervisor of Cinderella and Musical Director of Anna O’Byrne’s solo show Becoming Eliza. Later this tear he will conduct Do You Hear the People Sing – a concert of the music of Claude Michel Schonberg in the newly opened Opera House Concert Hall.

For Opera Australia he was Musical Director of Evita (starring Tina Arena), the 60th anniversary production of My Fair Lady (directed by Julie Andrews) and West Side Story (on the harbour).

Guy’s work on The Phantom of the Opera began in Australia in 1990 and has continued on and off for the past 30 years, conducting or supervising productions in Auckland, Cape Town, Pretoria, Johannesburg, Shanghai, Taipei, Hong Kong, Brazil (in Portuguese), Manila, Bangkok, Singapore, Guangzhou, Beijing and Seoul.

He has had a similar long association with Miss Saigon since 1994 – conducting or supervising productions in Australia, Manila, Hong Kong, Singapore, Brazil, Seoul, The Netherlands and Japan.

Other international productions include Cats (Australia, New Zealand), Chicago (Australia, Hong Kong) and We Will Rock You – the QUEEN musical (Australia, Japan)

As an orchestrator recent projects include the musicals Ladies in Black and Dream Lover.