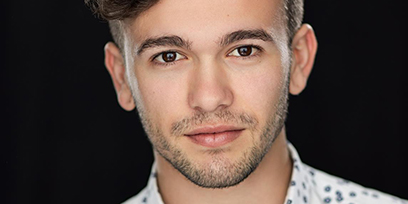 Jake O’Brien moved from Townsville to Melbourne where he studied Full-time dancing and musical theatre for 3 years. After graduating in 2015 Jake joined StageArt’s season of In The Heights. Following this he became a member of Lion Hearts Dance company and performed in two shows; Table of 8 and Fabricated. Jake then travelled around the Mediterranean seas as a singer/dancer with Celebrity Cruises. In 2018 he joined the cast of Disney’s Aladdin tour of Australia, NZ and Singapore as one of the colourful ensemble members and covered Iago. In 2019 he joined Opera Australia’s classic: West Side Story as Big Deal the Jet and again in 2021. Jake has also appeared on Miss Fisher’s Modern Murder Mysteries as the guest role of Milo Nabone. Other credits include: That’s Amore (Melbourne Fringe Festival), modelling for the National Australian Bank, playing the role of Mike Costa in A Chorus Line with Mad About Theatre and joining DHB theatricals, Suddenly.