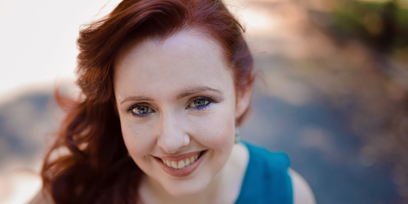 Jennifer Bonner is a Sydney-born soprano. She studied opera at the Sydney Conservatorium of Music and has a masters in voice pedagogy. During her studies she was awarded several scholarships including the Helpmann Award. She was nominated for the Joan Carden award and was finalist in the Opera & Arts Opera Award at the Sydney Eisteddfod and finalist for the 2MBS Young Performer award for which she performed lieder and opera recitals on radio. She was a soloist in Peer Gynt with the SSO, under the baton of Vladimir Ashkenazy and then travelled to Germany to continue her professional development and language study.

Engagements in Germany include performing the part of Perkins II in an operetta piece by Marc Blitzstein, Triple Sec: Die Sünde des Lord Silverside, a double-bill with George Gershwin’s Blue Monday. This was part of Das Festival Mythos Berlin, and was joint project with the Komische Oper Berlin and Konzerthaus Berlin. While based in Berlin, Jennifer performed opera and operetta recitals with the Brandenburg Concert Orchestra, and performed Pamina (Die Zauberflöte) with Festspiel Oper Prag, a touring opera festival, with performers from Prague National Opera and Orchestra. This production toured through several regions in the North and West of Germany.

During her time at Opera Australia, Jennifer has performed the roles of Gretel, Sandman, Mother and Witch for Oz Opera Schools’ production of Hansel and Gretel and and she joined the company as a full-time chorus member in 2015. Roles for Opera Australia include the Page, Rigoletto and Bridesmaid, Le Nozze di Figaro.