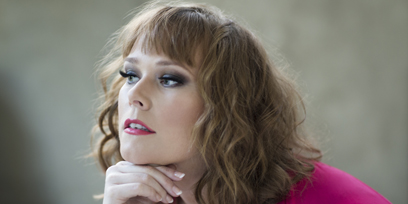 Hailed by the New York Times as a soprano of “gleaming sound, free and easy high notes, agile coloratura runs and lyrical grace,” Jessica Pratt is considered one of today’s foremost  interpreters of some of bel canto’s most challenging repertoire.

The 2012/13 season brought several acclaimed debuts at Festival Verdi in Parma, including Gilda to Leo Nucci’s Rigoletto, at Deutsche Oper Berlin as Lucia, at Vlaamse Opera in New Year’s Eve Concert, at Teatro de la Maestranza in Sevilla (Gilda, once more next to Leo Nucci), in the role of Matilde in Guillaume Tell next to Juan Diego Florez interpreting Arnold in Lima, Giulietta in I Capuleti e i Montecchi in Reims, in the role of Lisinga in Demetrio e Polibio of Rossini in Neaples, and in the role of the protagonist in Giovanna d’Arco at Festival della Valle d’Itria in Martina Franca.

In the 2013/14 season Ms Pratt could be heard in new productions of Lucia di Lammermoor at La Scala and in Amsterdam, as Amina in La sonnambula in Bari, Gilda in Padova, in the season opening of La Fenice as Inès in Meyerbeer’s L’Africaine, as Musetta in La Bohème in Salerno, in her role debut as Violetta in La Traviata in Melbourne, as Zenobia in Aureliano in Palmira at the Pesaro Rossini Opera Festival as well as in recitals in Tokyo and Florence with Vincenzo Scalera.

In 2014/15 the soprano made her role debuts as Cleopatra in Handel’s Giulio Cesare at the Teatro Regio in Turin and as Amenaide in Rossini’s Tancredi at the Opéra de Lausanne. Other performances included Donna Anna in Don Giovanni and Giulietta in I Capuleti e i Montecchi at the Teatro La Fenice in Venice; Elvira in I Puritani in Florence and in Melbourne; Lucia di Lammermoor at the Rome Opera House and at the Festival Granda in Lima; her role and festival debut as Rosina in Il barbiere di Siviglia at the Arena di Verona, where she could also be heard as soprano soloist in Carmina Burana; the soprano solo in Rossini’s Messa di Gloria alongside Juan Diego Florez and La morte di Didone at the Rossini Opera Festival; as well asconcerts in Milan, Bonn, and London.

Performances of the 2015/16 season included Jessica Pratt’s returns to Florence, Turin and Melbourne as Lucia di Lammermoor, her debuts at the Gran Teatre del Liceu Barcelona as Desdemona in Rossini’s Otello, at the Palau de les Arts Reina Sofia Valencia in Mozart’s Davidde penitente and at the ABAO Bilbao as Amina in La sonnambula, her role debuts as Semiramide at the Opéra de Marseille and later at the Washington Concert Opera and as Linda di Chamounix at the Rome Opera House; and concerts in Oviedo and Moscow.

Future engagements include I Puritani in tournée with Teatro Real de Madrid, Don Pasquale in Bilbao and she will return to Metr to sing Lucia.

Ms Pratt is the winner of numerous international vocal competitions, including the Australian Singing Competition, the Vienna State Opera Award, and the Rome Opera Award.

In May 2013 she was awarded the prestigious international prize for coloratura sopranos “La Siola d’Oro – Lina Pagliughi”.

She completed her vocal studies in Italy working with Maestro Gianluigi Gelmetti at Rome Opera as well as with Renata Scotto and is now studying with Lella Cuberli.