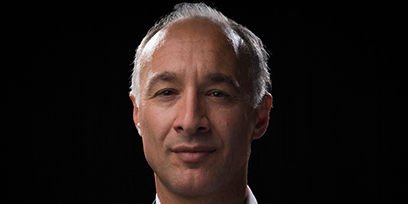 Argentine-Australian baritone José Carbó is one of the most exciting operatic artists of his generation;  he has performed in the leading opera houses of the world including Teatro alla Scala, Teatro Real Madrid, Los Angeles Opera, Teatro dell’Opera di Roma, Seattle Opera and Opera Australia.  In 2021/22, he sang Germont (La traviata) for Opera Australia and Opera Queensland, The Count (The Marriage of Figaro) for Opera Queensland and Elijah for The Queensland Choir. 2023 brings performances of Iago (Otello) in Perth and the title role in Macbeth in Brisbane and Adelaide.

​His triumphant Verdi debut in 2013 as Renato in Un ballo in Maschera for Opera Australia led to further important Verdi role debuts including the title role in Rigoletto, Rodrigo in Don Carlo and his now-signature role of Germont in La traviata.

​In 2018, José toured Australia with superstar Sumi Jo and sang Germont (opposite Corinne Winters) for Opera Australia; he returned to OA in 2019 as Sharpless (Madama Butterfly) and made his role début as Baron Scarpia (Tosca) for Opera Queensland.  In 2017, he sang Germont opposite Ermonela Jaho as Alfio/Tonio (Cavalleria rusticana/Pagliacci) for Opera Australia – receiving Helpmann Award and Green Room Award nominations for his work.  Other recent appearances include Riolobo (Florencia en el Amazonas) for Los Angeles Opera, Germont and Enrico (Lucia di Lammermoor) – both opposite Jessica Pratt – for Victorian Opera and Zurga (The Pearlfishers) for Opera Australia.  In 2015, José joined the roster of principal artists at the Metropolitan Opera.

​José’s debut album My Latin Heart (released by ABC Classics) was nominated for the ARIA Classical Record of the year and debuted at No. 1 on the Limelight Magazine Classical Music charts.  He also appears on DVD/Blu-Ray and CD as Marcello for Opera Australia and on CD in Classical Spectacular with the Melbourne Symphony Orchestra.