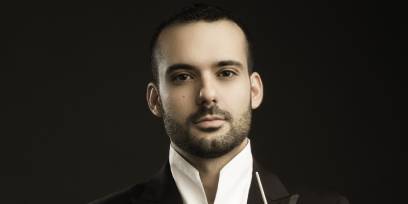 Italian conductor Leonardo Sini, winner of the prestigious International Conducting Competition Maestro Solti, is one of the most promising conductors of his generation.

Born in Sassari in 1990, he began his musical studies in his hometown and then he mastered in London and Amsterdam and took part in important Masterclasses with several conductors including Kenneth Montgomery, Daniele Gatti, Gianluigi Gelmetti and Riccardo Muti.

In December 2017 he was the winner, among more than 160 candidates, of the prestigious International Conducting Competition Maestro Solti.

In February/March 2020 he made his extraordinary debut at the Maggio Musicale Fiorentino in Florence conducting La Traviata.