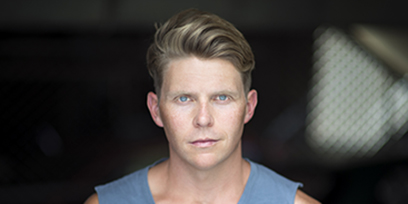 Mark Hill is a Graduate of NIDA acting BFA. Acting from a young age, Mark secured lead roles in Australian television series’ the Wayne Manifesto (ABC) and Cybergirl (Channel 10). Mark was one of Bindi Irwin's Crocmen appearing on stage and screen in Australia and the USA. Highlights include, The Today Show (USA) and the Macy’s Thanksgiving Day Parade in New York City. Mark also performed live on stage with Michael Jackson in his widely acclaimed History world tour.


In 2018 Mark originated the role of BJORN in Sydney Theatre Company’s smash hit Muriel’s Wedding the Musical. He played Dennis in This Is Our Youth (Underground Broadway) and Tulsa in Gypsy, (Luckiest Productions) both of which performances earned him critical praise. He made his Channel 7 debut in November 2018 playing Eli Harris in Emmy award nominated series WANTED season 3 and in the same month featured in the Tap Pack at the Sydney Opera House.