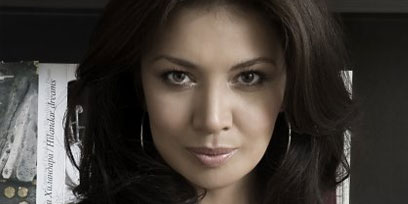 
In 2018, she sang Amneris for Seattle Opera and Opera Australia, Carmen for West Australian Opera and Azucena (Il trovatore) in Trieste, Bari and Japan; 2019 brought performances of Verdi’s Requiem in Brisbane and the Gold Coast and Giulietta (Les contes d’Hoffmann) at the Teatro Colon, Argentina.


Serbian-born, Milijana holds a degree in Fine Arts from the University of Belgrade; her operatic debut took place in the Belgrade National Theatre as Third Lady (Die Zauberflöte) and Tisbe (Cenerentola). She subsequently won a two-year scholarship to attend the Academy for Soloists at Teatro alla Scala, Milan.


Since this time, she has sung leading mezzo-soprano roles throughout Europe, Asia, North America, Australia and New Zealand. Her principal role debut at La Scala was Cuniza in Verdi’s ObertoIphigénie en Tauride at La Scala and at Rome Opera under Riccardo Muti, Emma (Ugo Conte di Parigi) in Bergamo, Catania and La Scala and Rossini’s Petit Messe Solenelle and Fenena (Nabucco) in Sardinia.


In Asia, Milijana has sung Eboli (Don Carlo) in Korea and for Opera Hong Kong; she has also appeared with the Hong Kong Philharmonic Orchestra, the Hong Kong Sinfonietta and the Kanasawa Festival in Japan. Her many roles for Opera Australia in recent seasons have included the title role in Carmen, Amneris, La Principessa (Suor Angelica), Jezibaba (Rusalka), Azucena, Venus (Tannhäuser), Ulrica (Un ballo in maschera) and Adelaide (Arabella).


She has been a frequent soloist with the Queensland and Adelaide Symphony Orchestras and the Auckland Philharmonia in works by Verdi, Mozart, de Falla, Mendelssohn and others.


Since 2010, Milijana has sung the title role in Carmen for the Savolinna Festival in Finland, for Opera Australia (in Sydney and Melbourne) and for State Opera of South Australia in Adelaide; Amneris (in her American debut) for Michigan Opera Theatre and in Sydney, Melbourne, Brisbane and New Zealand; Dalila in Samson et Dalila in Finland; the title role in Vivaldi’s Juditha Triumphans at the Macerata Festival; she also appeared in the World Premiere of Bliss for Opera Australia in Sydney, Melbourne and at the Edinburgh Festival.