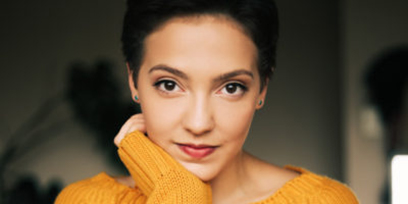 Molly Bugeja began her training at age three for stage and screen under the tuition of BJ and Aeysha Rorke (A-Live Performing Arts Centre) and Teri Hughes-Everard (Penrith Conservatorium of Music). Molly’s theatre credits include Music In Motion (A-Live Entertainment) and Loud Theatre Company’s production of Footloose. Her television experience includes a number of national campaigns for the brands such as Telstra, Bonds and Vinnies. Molly is also an accomplished circus artist, specialising in aerial such as Silks, Spanish Web and Lyra.

Most recently Molly was part of the cast of A Chorus Line at the Darlinghurst Theatre, although she made her professional musical theatre debut as ‘Anybodys’ in West Side Story (OA/GWB) in 2018 – winning a GLUG award for Most Outstanding Female Actress in a Supporting Role in a Musical.

She is beyond excited to be back on stage in this role once again!