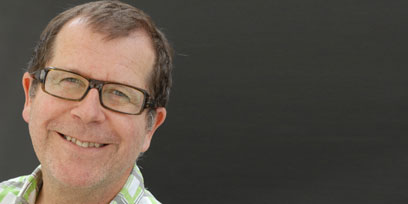 Neil Armfield is a leading Australian director of theatre, opera and film. He was co-founder of Sydney’s Belvoir Theatre and was its Artistic Director for 17 years. During this time he directed over 50 productions, with a particular focus on new and Indigenous writing, the plays of Shakespeare, Jonson, Chekhov, Gogol, Patrick White and David Hare.

In 2017 (to 2021) Neil was appointed joint Artistic Director of Adelaide Festival with Rachel Healy.

Neil directed the television miniseries Edens Lost for ABC TV in 1988 which won 4 AFI awards including Best Director and Best Mini Series and 2 telemovies for the ABC in 1996, The Fisherman’s Wake (by Andrew Bovell)  which won an ATOM Award for Best Original TV Production and Coral Island (by Nick Enright).

In 2005 Neil directed and co-wrote the feature film Candy, starring Heath Ledger and Abbie Cornish, which screened In Competition at Berlinale. He won Best Adapted Screenplay at the AFI Awards and an AWGIE for Best Screenplay. Neil’s second feature film Holding the Man premiered at Sydney Film Festival in 2015.

Neil has received a multitude of awards including  AFI Awards, Helpmann Awards, Sydney Theatre Awards, Victorian Green Room award  and Sydney Theatre Critics Circle Awards. He has Honorary Doctorates from Sydney and NSW Universities and in 2007 was appointed an Officer of the Order of Australia.