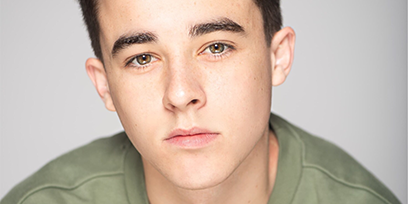 Nicholas hails from Orange in NSW where he began his performance training at age 8 including a scholarship at the Conservatory of Music, Orange. He went on to graduate from Sydney’s iconic Brent Street with a Certificate IV in Performing Arts where he trained under industry greats including Cameron Mitchell and Matt Lee.

Nicholas’ passion is the stage and his amateur theatre credits include The Wizard of Oz, Joseph and the Amazing Technicolour Dreamcoat, Grease, Hairspray and Mary Poppins. Nicholas is also a gifted actor for screen and has appeared in numerous national TV advertising campaigns for brands such as Arnotts, Hitachi and Toyota.

Nicholas made his professional musical theatre in 2018 as ‘A-Rab’ in West Side Story and cannot wait to step back into this role for this production.